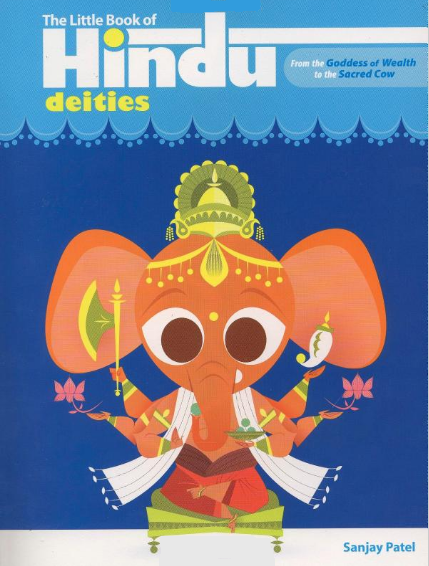 Saying the words, Ghee Happy, makes us happy. We assume the same goes for anyone who stumbles upon Sanjay Patel, illustrator extraordinaire and the owner of the Ghee Happy brand. Patel has produced four books under Ghee Happy, and his day job? He also happens to be an animator and story board artist for Pixar Animation Studios! When we were in India, we came across Patel’s illustrations and immediately bought his incredible book, The Little Book of Hindu Deities on Amazon. We were drawn to the colorful animations and sweet (informative) stories behind the Hindu myths. The book is amusing to children and adults alike; our copy director brought the book home to her 4-year-old and it has quickly become a favorite. Read on to learn about all of the animals, gods and goddesses, monsters, demons, noble warriors and divine divas, and don’t forget about Ganesha the elephant! 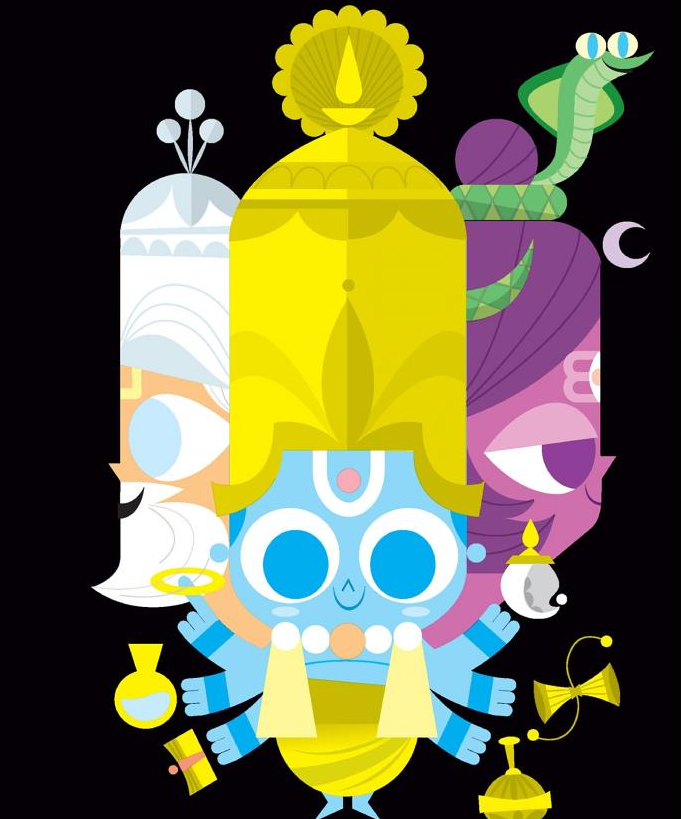 TRIMURTI
In the Hindu religion, God is said to be made up of three gods, called the holy trinity known as Trimurti. The three forms of the trinity are the gods Brahma (who represents creation), Vishnu (who represents preservation), and Shiva (who represents destruction). There are also goddesses that are paired with the gods who too play an important role. They are Sarasvati, Kalshmi and Parvati.

BRAHMA
Brahma has a very important title, he is the creator of the world! Brahma is also the keeper of the Holy Vedas, the book containing the story of how the world was created. His four faces are said to represent the four Vedas, though you can only ever see three of his faces, since his fourth face is always behind him. Brahma carries no weapon, though he does keep a carafe of water with him at all times, which contains the source of life. 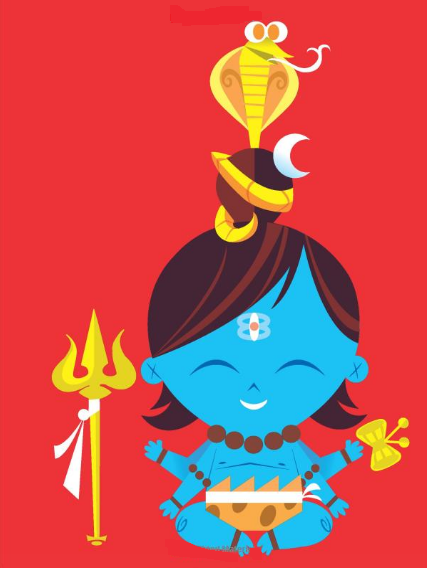 SHIVA
Shiva is one of the oldest gods of India and plays many important roles. He is a devout meditator and yogi, a cosmic dancer setting the rhythms of the universe, a benevolent husband to Parvati and father to Ganesha, and part of the great Hindu trinity. Shiva carries a trident next to him with the three tines standing for creation, protection and destruction of the universe. Some think that when Shiva finishes dancing, the world will come to the end. Dance on Shiva, dance on! 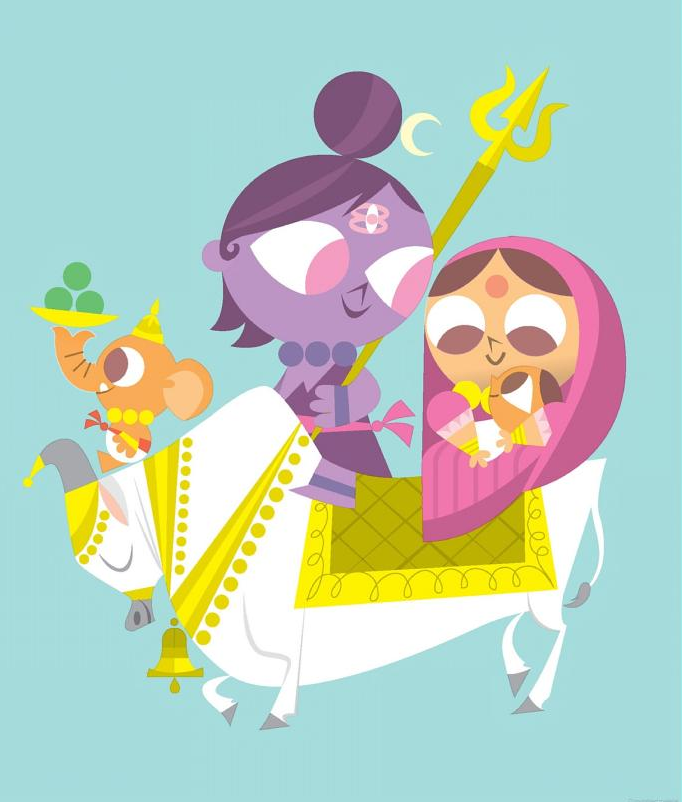 UMA MAHESHVARA
Shiva and his wife Parvati symbolize the ying and yang of nature and together they are the inseparable one, known as Uma Maheshvara. It is said that when they are together, Shiva can fully express himself and manifest his full potential. Parvati complements and completes him. Together, they had a family of Ganesha and Karttikeya and rode around on their bull known as Nandi, on whom, it is thought you can only ride on if you have conquered your desires through yoga. 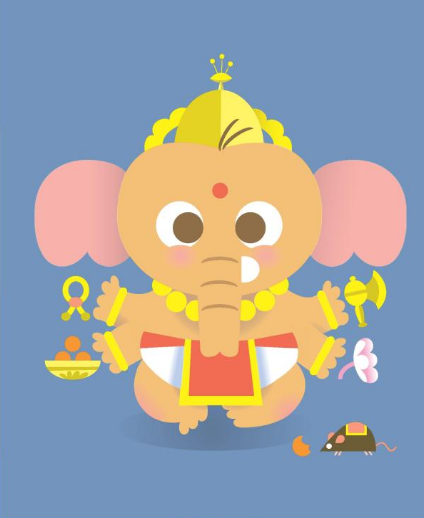 GANESHA
Ganesha is the eldest son of Shiva and his wife, Parvati, and he is the lord of all living things. He became lord when he beat his brother, Karttikeya, in a race around the universe. Instead of bolting across the earth like his brother did, Ganesha simply circled his parents – the sources of life – to win the race. It is said that Ganesha’s elephant ears have served him well, the better to hear the needs of his people. Ganesha brings good luck  and also clears obstacles, as symbolized by the ax he carries. For these reasons he is worshipped before important events and rituals. Ganesha also has a sweet tooth, so be sure to share any ladoos!). 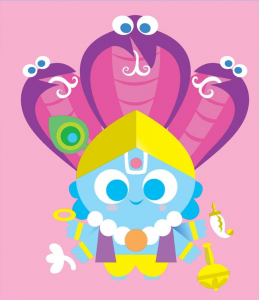 VISHNU
It is said that good and evil forces are always battling for control of the world – the gods work to preserve the good and the demons work to spread evil. Vishnu’s role in the great trinity is that of the invincible protector. Vishnu ten reincarnations but when he is himself, he appears as a blue four-armed god. He is often depicted as sleeping in the coils of a giant snake, but he only recommends doing so if you are invincible!