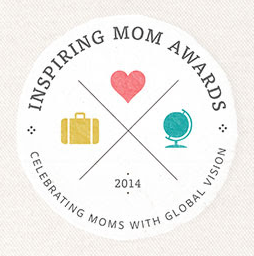 Here at Tea, we’re always looking for ways to recognize remarkable moms. In 2012, we created our Inspiring Mom Awards to celebrate 10 years of our globally inspired children’s clothing—and to honor moms who embrace the world, too. This year, we’re awarding moms in the following categories: Encouraging Entrepreneur, Philanthropic Pioneer and Global Connector.

The nominations were extraordinary. We were so very touched by the stories shared; so many women are working tirelessly to make a difference in the world. Teaching their children that they too can make a difference near and far and everywhere in-between. You voted on our finalists and we are thrilled to announce this year’s Inspiring Mom Award winners…

ENCOURAGING ENTREPRENEUR // She founded or plays a key role at a company and helps make a difference for its customers. While she is passionate about her business ventures, she still makes her family a major priority in her life. 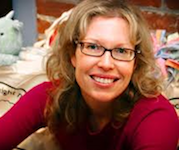 “Kendra left her job at a prestigious law firm 10 years ago to start a charity called Project Night Night that now provides over 25,000 care packages for children entering homeless and domestic violence shelters. Each package has a blanket, a stuffed animal and a book – often the first book the children have ever owned. By creating comfort for these children in a time of turmoil, as well as enhancing literacy, she is able to be a positive influence on tens of thousands of children a year. She manages this business while raising two bright, happy children who know what it means to give back. She is an inspiration to our all-women board of directors and the hundreds of adult and children volunteers across the country who help to make Project Night Night such a success.“

PHILANTHROPIC PIONEER // She stays connected to her community by volunteering her time and energy. Whether it’s helping achieve her local PTA goals, tutoring kids with less resources or making blankets for the homeless, she’s part of a solution to issues that lie close to home. 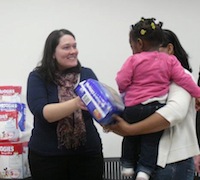 “Corinne founded, and now runs, DC Diaper Bank, a local nonprofit dedicated to providing diapers to babies in need in the metropolitan area. Over the past three-plus years, DC Diaper Bank has distributed over 900,000 diapers to families and has forged partnerships with local community service organizations to get diapers out to those who need them most. Every month DC Diaper Bank helps over 2,400 families. Diapers are an important need for babies and toddlers, but are very expensive and most government programs (such as food stamps and WIC) do not cover them. Families living in poverty are sometimes forced to make difficult choices – food or diapers? Medicine or diapers? – that they should not have to make. DC Diaper Bank strives to meet this demand so that all babies and toddlers in the DC area can have what they need to thrive. Founding and running a non-profit is no easy task, but Corinne has turned DC Diaper Bank into a very successful organization in a very short time. She works countless hours for no pay (although she is the Executive Director, she does not take a salary), all while raising two kids. Corinne has made a direct impact on the lives of thousands of DC-area families, and her enthusiasm and passion for the cause will help the DC Diaper Bank grow to serve even more families in the region.“

GLOBAL CONNECTOR // She thinks big and strives to make a difference in the world at large. She might teach English abroad or fundraise for global initiatives from her own home. Whatever her specialty, she shows her kids the importance of being little citizens of the world themselves.

“Christy Horton inspires by example, globally and locally. Christy has been involved with Ninos De Mexico since 2010 and now serves on the organization’s Board of Directors. Ninos De Mexico is a mission non-for-profit which operates four children’s homes in Mexico City and serves 80+ orphaned children. Christy has visited Ninos 3x and will travel with a mission team in July 2014. Her family sponsored three children from Ninos and recently one of those grown children moved to Iowa and got married (and they were able to assist with wedding planning). In addition, they sponsor a girl from Rwanda and a little boy in Ethiopia who they were able to meet in 2012. In December 2012, their son arrived home from Ethiopia. During her travels to Ethiopia to complete the adoption, Christy led a fundraising effort to raise $1200 to build a playground at her son’s orphanage and support families in Wuchale, Ethiopia. Locally, Christy volunteers as the PTA Treasurer at her sons’ elementary school which allows her to assist in fundraising. She also helped build a partnership between the school and her church for a canned food drive. The school collected 1200 cans to give to the church. In her church, Christy taught the children (ages 5-14, 500+) the importance of missions, giving to others, and assisted the children in raising in excess of $2,000 for a mission organization. Lastly, Christy has made a career change choosing to follow her heart and majoring in Social Work at a state university so she could help those that need services. Christy is such an inspiration and leads by example, inspiring her sons to continue her awesome legacy.“

And congratulations to Jen Kelly. You were randomly selected as our $250 gift card winner!