Did you know that the word origami comes from ori meaning “folding” and kami meaning “paper”. While many cultures have their own distinct paper folding traditions, the first reference to Japanese origami was in a 1680 poem that mentions a ceremonial butterfly design. Since then, origami has expanded into a form of entertainment and even mathematical study! If you’re curious, there’s a great documentary called Between the Folds that explores the modern-day art of paper folding.

Tea Collection’s t-shirts always have a story behind them…and our glow-in-the-dark bat tee literally has one on its back. This Halloween-ready top features three glow in the dark origami bats on the front and instructions on how to make your very own bat on the back! 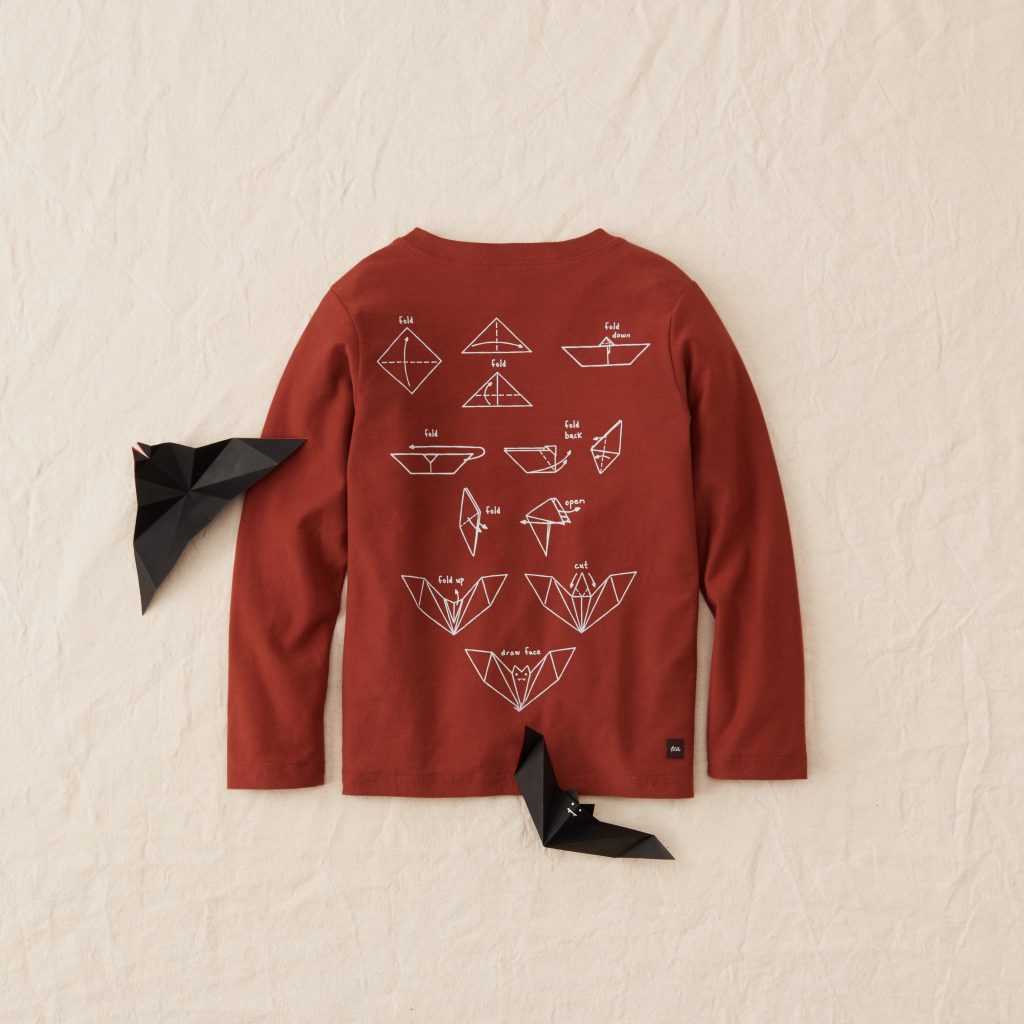 Be sure to visit our Halloween shop for more spooky styles!

1 Min read
Activities Behind the Design