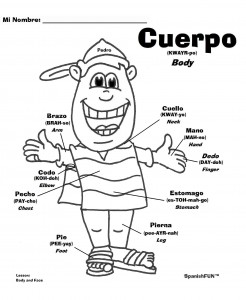 Is there not a mother alive that is not simultaneously amazed and disgusted by both the frequency and interval with which a child can touch every surface in a public bathroom? Have we not all experienced saying in our begging yet sing-song voice, “Now honey, don’t touch ANYthing…okay?” while entering the tiny stall of a public restroom and once you are both inside the cramped stall you wiggle-turn around to see your child opening and closing the small “door” on the tampon disposal container? “Baby! I told you don’t touch ANYthing!” “Oh sorry Mommy” is the casual reply while moving on to explore the butt-gasket dispenser. “SWEETIE, STOP IT!”

I discovered I am way too Aries to be having that particular experience over and over. I came up with a solution that has generated many a kudos amongst eavesdropping stall-mates. Often times it was mothers of older children that wished they had thought of it too. When Olivia was very young I would say “Can you touch your eyes?” A young child’s natural response is to put both hands on their eyes. There in lies the beauty of the task. “Can you touch your ears?” Both hands touch her ears. And my personal favorite “Can you touch your elbows?” which was just funny to watch. This goes on and on until we make a clean exit and leave E-coli Central.

Once Olivia learned the names of all her parts, I panicked. The game was over for her and she was now touching everything again. I had to do something and do it quick. Spanish! I began asking “Donde estan tus ojos?” “Where are your dedos?”

Once Olivia learned the names of her parts in Spanish, I again panicked. I don’t know French. What will I do? Anatomy! Ah, thank goodness for Anatomy! I began asking “Where your femors?” Where are your phalanges?” “Honey, where is your mandible? Tell me?”

Now Olivia is 5 and a half and squeezing around in the stall becomes increasingly more like a Cirque du Soleil audition. We no longer have to play the game because she is old enough now to understand. I meet far less new friends at the sink now that we don’t have the neurotic-mommy method to discuss but Olivia now knows the names of her parts in English, Spanish and proper Anatomical terms. That is all a bonus.