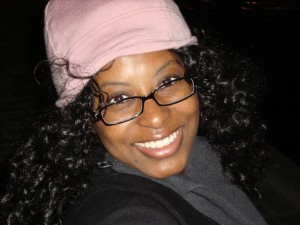 Who says having a family settles you down? It certainly is not a philosophy that I live my life by. Even though I have three very active boys I still love to go dancing with my girlfriends. I take in the occasional Broadway show and I still enjoy those late nights alone with my husband. Because of this care free type of attitude, I found myself being whisked away from California to one of the most romantic countries on earth with three kids in tow: France.

Sabbatical is the reason I find myself here with my family. Two years in Toulouse France to experience another culture and see where life will take us. My husband, having worked for five full years at Stanford University without having “visited” another campus (something that is quite normal in his line of work, finally got sabbatical. He was all too happy to have a “rest” from the rigors of his daily life. I, having fallen in love with Paris the prior year, was surprised with a round trip ticket in the summer to have a two week break from the boys. I was also grateful for a break from the normal routine when I learned of our move to France. The fact that both of us, born with “gypsy blood”, could actually do something adventurous with our lives while still being able to feed our children, felt like opportunity of a lifetime.

From day one everything about moving to France has been out of our control. This has the fact ruling our move abroad. It is also the one that continues to test our true character. I was due to deliver my third child two months before our departure. Being left at the mercy of not knowing when I would deliver the baby, there was the possibility that my husband would have to go to Toulouse first. We would follow later after the baby had been born. After all, he had to start his job! The next issue came in the way of passports and visas. The new baby was not born yet so of course he could not get a passport or visa until the last minute! In the mean time we had to book tickets to France. We floated on a wing and a prayer and payed the money for the five of us to fly across the Atlantic. The biggest issue of all was my oldest son from a previous relationship. His father, who was upset we moved from Palo Alto from Berkeley, certainly would not want us to move to France.

In the end, though, the baby came early. We all got our visas the same day we went to the office to apply and I came to an agreement of a temporary change in custody with my eldest son. We were all able to leave sunny California together and brave the snowy winter of the North and South of France.

Yes, I said North and South. While we did stay together our first weekend in France, my husband went
on to the South to start work while the boys and I stayed on a “holiday” of sorts. Everyones’ spirits were very high and everything was fascinating and new. Oh, how I enjoyed myself. The cafes, the restaurants and the night life. Tres bien. Being a seasoned parent you would think that my eyes would have been wide open, so to speak, of how my experience would be with three little boys versus being alone. I think I must have been caught up in the whole move and the glamorous notion of France. I thought to myself I will take the boys out to the cafes, we will walk the streets of Paris at night and maybe even catch a little bit of theatre.

When my husband left, I realized that I was in Paradise with three little boys staying in a beautiful STUDIO apartment for three weeks ALONE!! Alone with the kids, I think I experienced a bit of culture shock with a dash of postpartum depression added for good measure. That is the only way to describe how a city that I loved one minute became a city that I loathed the next. If I heard one more person speak French to me or have one more person not understand the words coming out of my mouth, I was going to scream. If I smelled another cigarette or had to tackle another raining day alone with the boys, I was going to get a one way ticket back home to California.

The boys on the other hand were having a blast! My oldest son was so happy to be out of school for a short time, that we could have been in the middle of the desert and he would have still been happy. My middle son was still on a high from the plane and train rides that we had taken thus far. The baby, well, he was just happy to be nursing! I was really surprised to be honest. I thought it would be the other way
around. That I would have to encourage them into adapting into their new surroundings.

The boys dove right into the culture. Eating baguettes, getting around on foot or metro and saying Bonjour. These things were slowly becoming second nature for them. We celebrated Halloween in Paris. We found this
wonderful library called The American Library In Paris. They were handing out candies to the children and even let the boys make little pumpkins to take home with them. It is a Halloween that we will never forget! They were the only children dressed up that day and it was raining. I thought they would be a little disappointed but the were so happy.

That’s when it hit me. I do not need to have control over everything. This experience is about once in a life time moments. Whether it be being the only ones dressed up for Halloween or not being able to order a chicken properly in the native tongue. Or that your husband is five hours away from you in a new country and you feel so lonely that you just want to cry. Embrace it all. The uncomfortable times and the happy times. These are what we will take back with us when we leave and what will help to shape our memories of this extraordinary adventure. My children taught me my first lesson on this journey, it is one of many that we have learned together so far.

More to come on our adventure living abroad in France…
Bises!!