babymoon with a toddler? 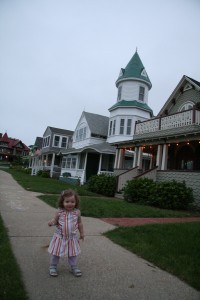 I’ve always liked the idea of a “babymoon.” One last trip before the exhaustion of third trimester hits and before life gets a lot more hectic when a new baby arrives. A few months before my daughter was born my husband Jeff and I had a great time traveling to Belgium and London. During my second pregnancy my husband, our 21-month-old daughter Zoe and I took a trip to New England. We had a lot of fun on this trip despite it being the rainiest June in a couple of decades. Of course, the trip was not as relaxing as our first babymoon had been but we did get a little R&R in between running after a toddler.

Jeff has wanted to go to Maine for years so I had promised that the first summer that we were living on the East coast we would go. But last summer we ended up making so many trips for weddings and family visits that there was no time left for the Maine trip. This summer we figured that because of the pregnancy we are exempt from such family visits which involve long plane trips and we’re missing the two weddings we are invited to because they are too close to my due date. So we decided to take advantage of a summer off from travel obligations and take a 2-week road trip to New England.

The biggest challenge of the trip was that we did a lot of driving and Zoe (a real city kid) has spent very little time in the car and absolutely hates even a short drive. We tried to plan our drives around her nap time so she’d sleep for most of the trip though a few of our drives were just too long for her to nap the whole time. Long drives aren’t much fun to begin with but with a screaming toddler in the back seat being stuck in the car is even less fun!

In Maine our protein-shunning daughter was introduced to (and couldn’t get enough of) lobster, clams, muscles and scallops. Zoe also learned about another culinary love on this trip –ice cream. We introduced her to hiking in Arcadia National Park which she also loved though she only walked a short bit of the way on her own. For most of the hike Jeff carried her in a backpack which we figured put us on about even ground. Other highlights were the beaches in Maine and Martha’s Vinyard (when we had nice weather) and the Andrew Wyatt museum and Olsen house near Camden, Maine.

All in all the trip wasn’t as relaxing as our first “babymoon” when we had no kids but it was a wonderful family trip and it was well worth doing before we become a family of four.