and the mommies loved them too! 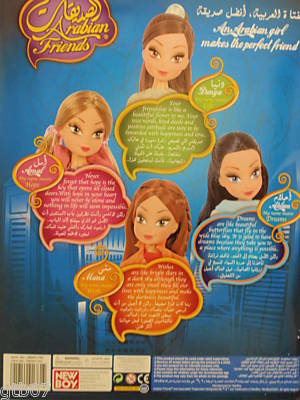 Recently I enjoyed an afternoon at our house with my friends and their daughters. We were 5 girls and 3 mommies.  That afternoon is now fondly refered to as Wig Stock.  The girls revved up slowly by trying on every dress-up outfit, accelerated quickly with each girl donning a crazy wig, and hit maximum velocity when the girls offered us a Jackson 5 tribute performance in full drag while the mommies drank wine and laughed hysterically.  It was adorable, discordant, silly, and fun.  When the girls returned to Olivia’s bedroom after several standing ovations their energy became very different and the silence coming from the bedroom was… how should I say… intriguing.  We mommies decided to investigate.  The 3 of us snuck on tip-toe to the door and tried not to get caught spying in the room only to see the girls were all seated on the floor quietly playing with Olivia’s souvenirs from Saudi Arabia.

I had purchased dolls from the countries we traveled in an effort to create a long-term memory of Olivia’s travels at 4 years old to some spectacular places.  I figured if she played with these dolls from time to time she would think of the experience or it might allow me an opportunity to jog her memory about her travels.  Not to mention the added very important benefit of having dolls that represent the worlds faces, clothing and cultures.  Saudi Arabia had the most wonderful dolls called Arabian Friends. One night in Jeddah we were locked INSIDE Toys R Us during the long evening prayer time (archive post sept 12, 2008) where Olivia and I were elated to see a doll named Dunya that actually looked like my friend named Donya.  We had to have it!  Needless to say, before we left Saudi Arabia we had been back for the entire set which included Dunya’s friends Amal, Ahlam and Muna.  The dolls came with fabulous outfits, shoes, purses and most uniquely important the fancy Abayas and headscarfs.

Our girls were all gathered on the floor with the 4 Arabian Friends dolls and also the Fula doll, a very popular Arabic version of Barbie with a decent outfit.  Olivia’s friends loved the dolls with their Abayas.  When I told the mommies about the dolls they had to get an up close look at them too and jumped in with the girls to the play circle that had formed.  Once I began talking with the Moms about the dolls, it offered opportunity to discuss Saudi culture with the girls in a simplified way.  I was able to hold up the dolls clothing and tell our girls that by law in the country of Saudi Arabia every woman must wear the Abaya when they go outside their home and that I thought I personally would really dislike it but found it to be no big deal, it was much like putting on a light jacket and I didn’t mind it at all.  I was able to explain the Abaya is part of their strong religious belief and that many women want to wear the Abaya regardless of the law.  I wouldn’t have had those views if I had not traveled to that country.  I also explained that in Egypt it is not the law to wear the Abaya but many women wear it there also out of choice.

Many people I have spoke with have such strong negative opinions of the culture of Saudi Arabia.  They have never been to Saudi Arabia.  I love to be able to discuss the culture in a positive way and share the cultural knowledge I gained by having the rare and wonderful opportunity to travel there, see for myself and have amazing conversations with women of all ages.  The dolls may feel fun and familiar to my daughter, but they give me a great opportunity for me to share these women’s views.

In the end my mission to expand my young daughters memory, cultural acceptance and cultural diversity extended itself to the four young daughters of my friends.  Each time the girls get together their Arabian friends join them.  And the mommies loved them too!