The History of Gamelan

Bali culture is deeply rooted in their love for arts and music.  It’s what makes this little island so unique (and fun!). One of the most well-known types of Balinese music is gamelan, a musical ensemble that includes muscians playing instruments such as xylophones, drums, gongs, bamboo flutes, plucked strings, and sometimes vocalists. ﻿﻿ The word gamelan is taken from the Javanese word gamel  which translates to “to strike or hammer.” 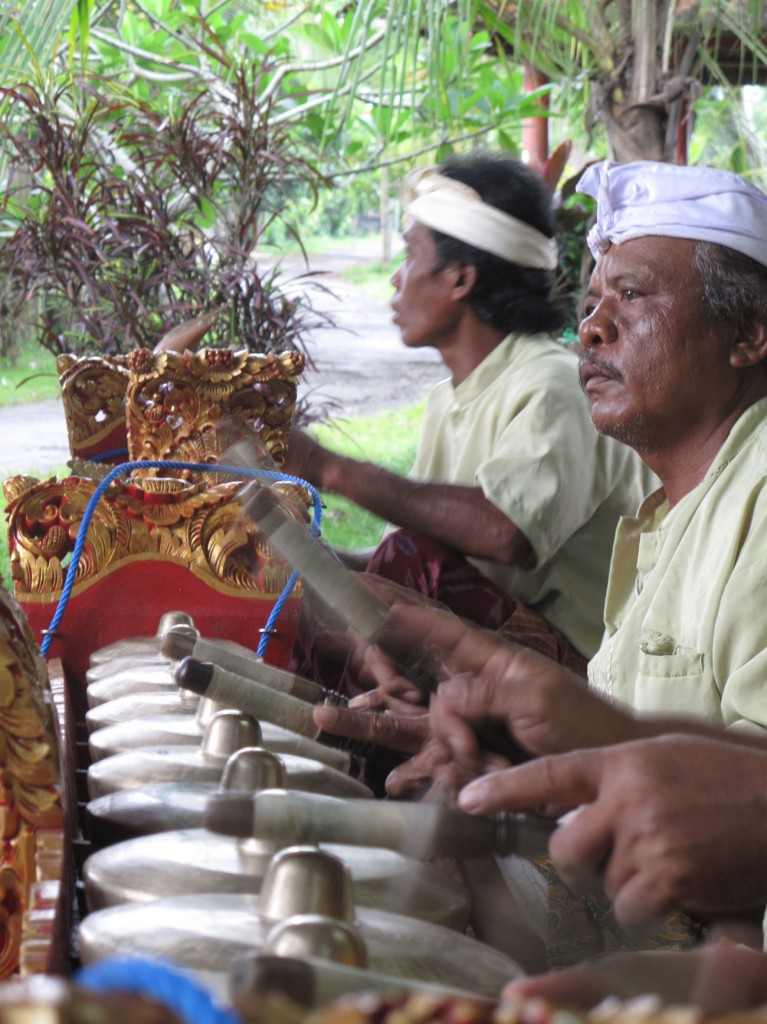 This photo is of a gamelan circle and was taken by our designers on their inspiration trip to Bali. To view more of their photos visit our Flickr page.

Gamelan predates the Hindu-Buddhist culture.  According to Javanese mythology, it dates back to the Saka era 167 (230 AD).  Sang Hyang Gura was the Java god who ruled from a palace on the Maendra mountains in Medangkamulan (now Mount Lawu). He used a gong to summon the gods, however he needed a way to send them more complex messages. Therefore, he created two gongs forming the first gamelan set.

Our designers heard beautiful gamelan musicians during Balinese legong and monkey chant performances. They were even invited to view a gamelan practice circle.  Below is the video one of our designers captured of this intimate moment.

Have you heard of gamelan before? Share your thoughts in the comments section below.