Danes on the Go

One of our Foreign Correspondents has returned from her travels! Lency and her family traveled to Denmark this summer. We outfitted them with a suitcase full of Tea before they left, asking them to share their adventures with us upon their return. Below is part one of their adventure. 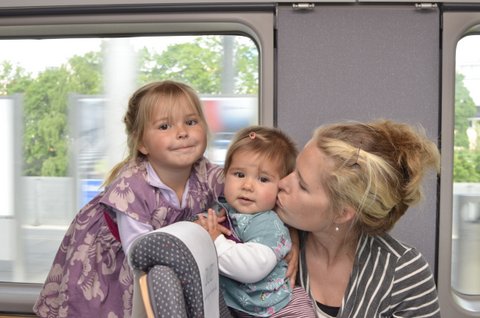 Our annual trip to Denmark to visit half our family and friends is always a reminder of a different pace of life. We observe and reflect on the more relaxed daily living and high quality of life. People work fewer hours, commute less, have six weeks of holiday. I could go on and on, but suffice it to say, there are many reasons they have claimed the top spot in United Nations’ 2012 World Happiness Report.

One of our favorite things about Denmark is the many alternate modes of travel. This is our friends’ Christiania-style bike, where the kids and cargo can all be loaded in the front. 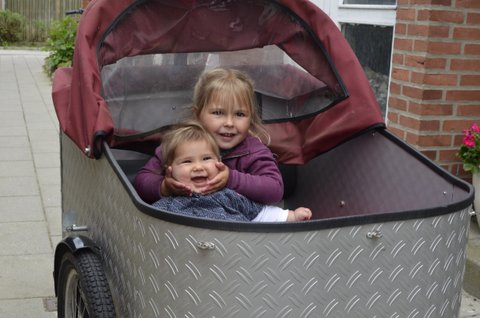 This is how many kids in Copenhagen are transported to school, on errands, or around town, and it’s one way people can manage without a car. Most of our friends went for years without cars, only purchasing them once they had multiple kids and moved out of Copenhagen to the more distant suburbs. Back during the late-1970’s oil crisis, Denmark instituted “car-free Sundays” and there were songs romanticizing biking. Fast forward 25 years and the Danes continue to invest in their bike paths. Along any given road, you are likely to see a parallel bike path, with lots of people using it. 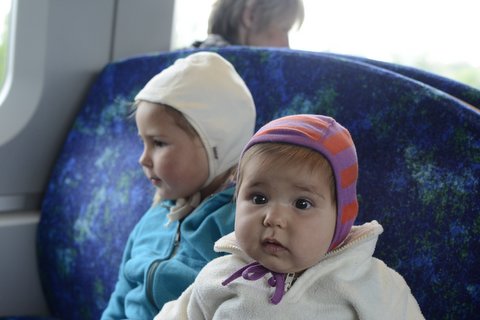 We love the Danish rail system! There is an extensive network of speedy, quiet, and frequent trains that is used by many Danes to get to and from work, home, and errands. It’s an easy, although not cheap, way to get around Copenhagen specifically, Denmark in general, and all of Scandinavia. We are inspired to support our own rail systems at home in hopes that they, too, will someday be as efficient, as clean, as quiet, and as used as the Danish trains.

It’s not just the Danish trains that are so worthy of envy- the Norwegian trains are just as beautiful. This is the train from the Oslo airport into town. Our older daughter loves all forms of public transit (thanks to Papa), so she is very excited each summer to go on as many trains and buses as possible. 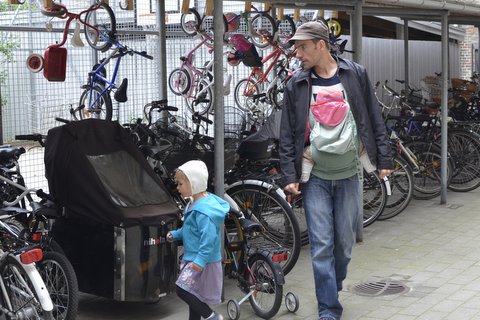 Instead of worrying about car parking, apartment buildings in Denmark have to make sure there is enough space for all the bikes! Cyclists enjoy extremely safe and convenient biking conditions in Copenhagen, including bike paths that are separated from the cars and special traffic lights for bikes. On any given day of the week, you will see hoards of cyclists: men in suits, women in high heels, students going to school, adults with kid seats on the back, big and little, male and female, young and old. The mercurial weather doesn’t even stop them- they just tuck their heads down and pedal into the rain, the wind, the sleet, and the snow of short, dark, winter days. I should mention that my my mother-in-law, who raised three kids and lives in the countryside, has never had a driver’s license and biked the 6 miles to and from work almost every day of the year until she retired last year. It truly is the way the Danes get around.

It helps that it’s a very flat country. 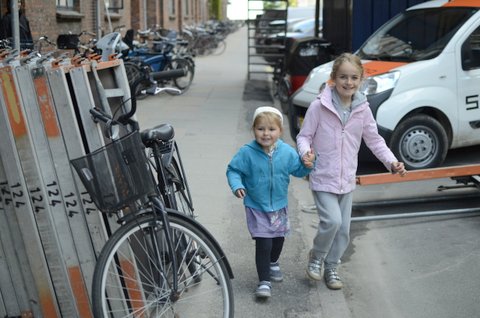