One of our Foreign Correspondents has returned from her travels! Lency and her family traveled to Denmark this summer. We outfitted them with a suitcase full of Tea before they left, asking them to share their adventures with us upon their return. Below is part four of their adventure.

Different parenting styles have been big news in the past couple years, or maybe I’ve just started noticing since I’ve entered that chapter of my life. A couple years ago it was the Tiger Mom, this year it was French parenting. I thought it would be fun to reflect on some of the differences I’ve seen in how the Danes parent compared to American parenting, as viewed through my personal lens. 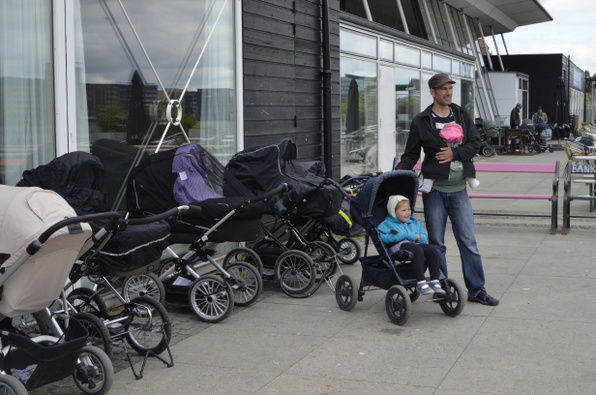 Danish kids nap outside. Rain, shine, sleet or hail, all Danish kids I have ever met nap outside in their giant, beautiful prams. When they start attending nursery school at around a year of age, the prams go with them and all the babies nap outside in a covered area with sound monitors. It is believed that napping outdoors strengthens the babies’ lungs and gives them better health. While I have my personal doubts about whether that claim would bear out scientifically, I do like the idea of outdoor napping and have given it a half-hearted try with my two daughters (without much success, unfortunately). You can always find a parking lot of prams parked outside a restaurant or any public space. 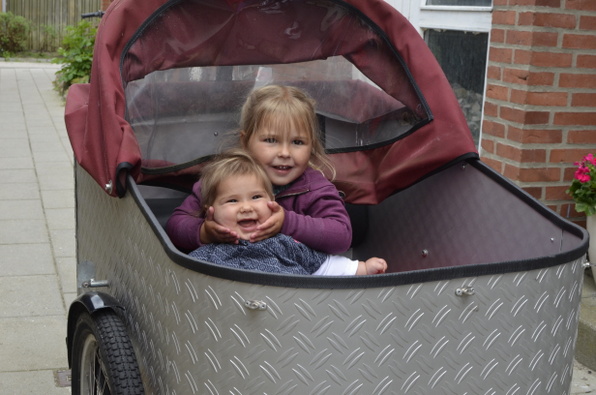 The Danes are famous for their biking, and cargo bikes are an especially popular way to transport the groceries and kids in Copenhagen. Cars are subject to a 100% car tax in Denmark and gas is at least twice as expensive as it is in the U.S., so many Danes choose to get around by bike instead. Cyclists enjoy extremely safe and convenient biking conditions in Copenhagen, including bike paths that are separated from the cars and special traffic lights for bikes. On any given day of the week, you will see hoards of cyclists: men in suits, women in high heels, students going to school, adults with kid seats on the back, big and little, male and female, young and old. I should mention that my my mother-in-law, who raised three kids and lives in the countryside, has never had a driver’s license and biked the 6 miles to and from work almost every day of the year until she retired last year. It’s quite inspiring! 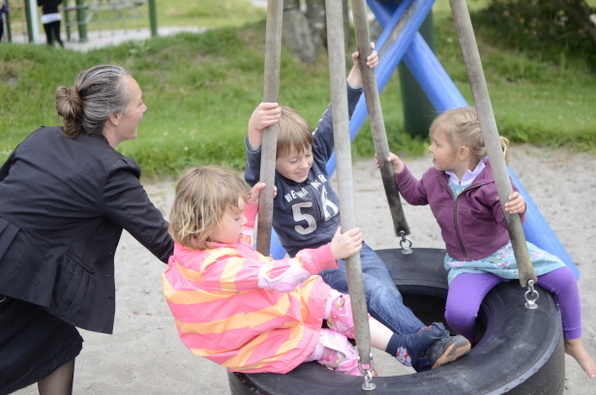 Our annual trip to Denmark to visit half our family and friends is always a reminder of a different pace of life. We observe and reflect on the more relaxed daily living and high quality of life. People work fewer hours, commute less, have at least six weeks of holiday a year. These are just a few of the many reasons they have claimed the top spot in United Nations’ 2012 World Happiness Report. We find that our friends have an excellent balance between work and home life and while there are arguments against the system, Danes overall seem quite content.

We love being outside in the Danish summertime, even if the weather is not always summery. Our friends were eager to show us their sprouting gardens and walk along the newly minted bike path that replaced the old abandoned railroad. The kids were excited to jump on their ubiquitous trampolines and make use of the many play structures. Due to the intense weather during much of the rest of the year, Danes appreciate their summers with enthusiastic gusto. As soon as a ray of sunshine appears, the Danes immediately run outside to soak up the rays, even if it means being wrapped up in a blanket because it’s still cold.