Esther, who handles catalogs and emails here at Tea, traveled with her family to Germany to catch up with relatives.

Every summer, my husband and I take our kids (now 8 and 7) to Germany to visit our families. The kids always look forward to seeing their Omas and Opas, aunts, uncles and cousins in Bonn and Cologne. It is important to us that our children are immersed in the culture of their parents’ native country, that they get to experience German traditions and learn to appreciate the similarities and differences between countries and cultures. 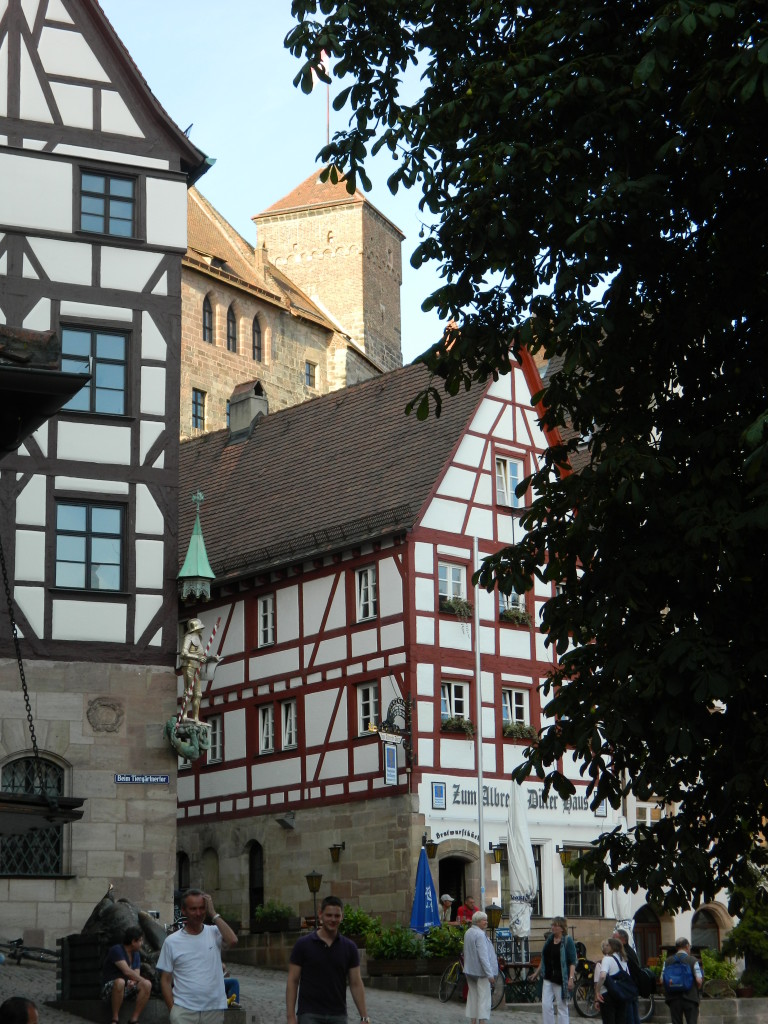 Every year while in Europe, we go on little adventures. We have taken the children on quick trips to Paris, Brussels and Berlin. Always by train – their favorite means of transportation. The ICE train travels at up to 300 km/h (186 mph). It often runs parallel to the freeway and the children love being faster than the cars – especially when there is no speed limit on a particular stretch of Autobahn!

On German trains, children under 15 ride free when traveling with an adult. During the summer months, there are special kids’ tickets, which can be exchanged for goodies on the train. In the past two years, children received a free Popsicle. This year, the goodies were a coloring book, colored pencils and a toy ICE train. 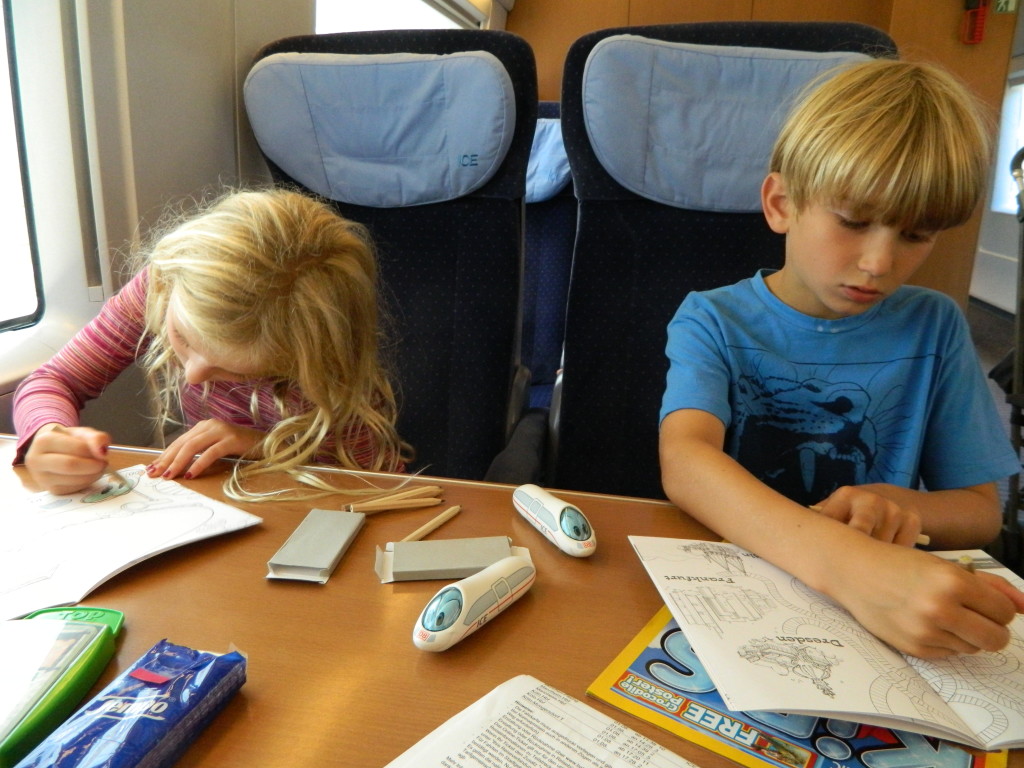 Our 2013 adventure took us to Nuremberg, where we strolled through the old streets, marveled at the medieval castle and its almost fully intact wall (with moat!), and enjoyed the local specialty of Nürnberger Rostbratwurst. To satisfy the children’s need for playtime, we went to the Playmobil FunPark, adjacent to the original Playmobil factory.

On the way back to Cologne, we opted against the high-speed ICE trains and chose to take the scenic route through the picturesque Rhine Gorge instead. If you asked my kids, they would say it’s “the river with all the castles”. They don’t understand the meaning of UNESCO World Heritage Site yet.

The train ride along the Rhine Gorge also took us past the Lorelei. This rock soars high above the water where the Rhine is at its narrowest. A strong current and rocks just below the waterline have caused many boats to sink here. Our children of course wondered why I was taking a picture of a rock. I told them the legend of the Lorelei, who sits on the cliff, brushing her golden hair, singing an enchanting melody, distracting shipmen and causing them to crash on the rocks. I’m sure someday they will understand the beauty of the poem.

As we were getting off the train in Cologne, the kids asked what our adventure is going to be next year. That’s when we knew we had done something right.