Congratulations to Aubrey Anderson-Emmons and the entire cast of Modern Family on winning the Emmy (for the fifth consecutive year!) for Outstanding Comedy Series.

A few stops on the red carpet

Then plays a little pre-Emmy Minecraft

Makes the press rounds after another big Emmy win

Tea has been lucky enough now to create several custom designs for Aubrey’s red carpet moments. Which dress has been your favorite? 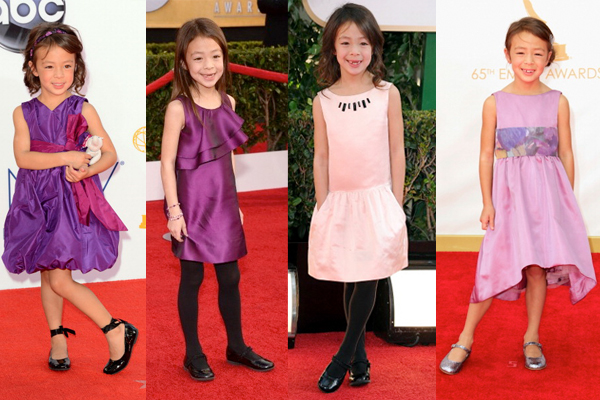