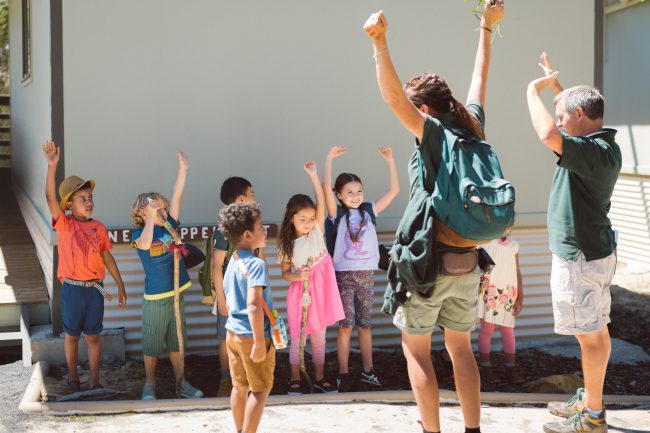 “Alright, kids! Let’s get going. Remember, do everything I do. And make sure you walk around the emu poo!” And with that, Ranger Karen and her intrepid band of young explorers head off into the Aussie bush. Walkabout Wildlife Park, north of Sydney, is a wild and wonderful place where you can hang out with free-roaming wallabies and grey kangaroos, meet salty crocs and spiny echidnas and even pet a huge coastal carpet python named Yamba. 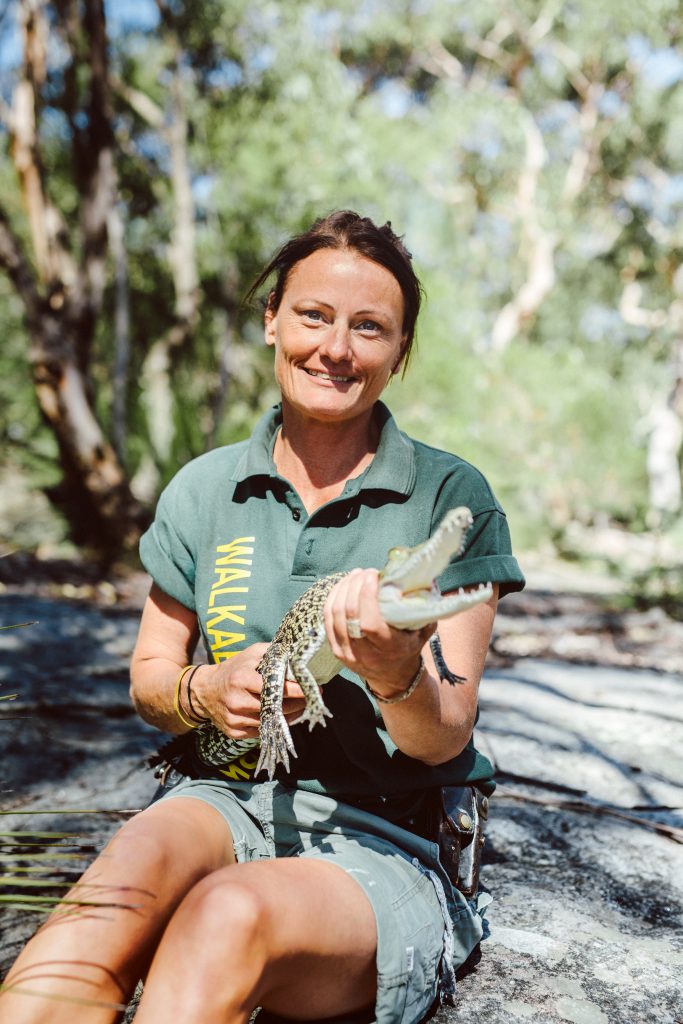 We’ve never seen anyone make the foreign familiar quite as handily as Ranger Karen. As she leads our Tea adventurers (city kids from Sydney) along the trail through the gum trees, they hang on her every word, watching in awe as she scores a bloodwood tree with her knife to show them the bright red sap. “The aboriginal people who lived here used this sap to make medicine,” she explains. “And do you know how they made rope? Let me show you!” 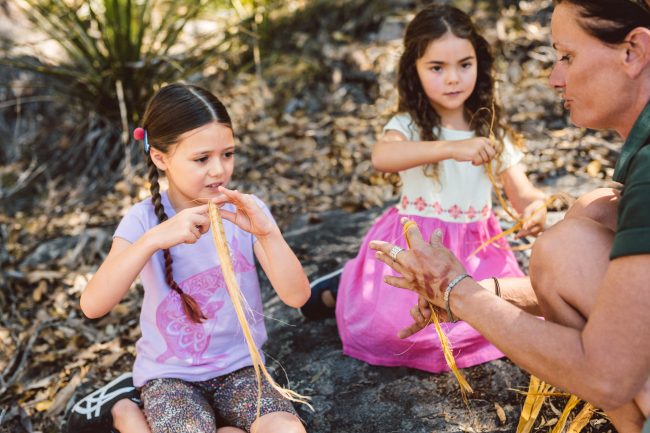 She slices long strips of bark from a nearby stringy bark tree begins expertly twisting it around her fingers.

Some of the young bushwalkers are eager to explore, like 7-year-old Rosie, who wants to be a veterinarian and is endlessly curious about Indy, the echidna whose spiny quills she gently prods with the tip of a finger.

“Echidnas have very sensitive hearing,” Karen tells her, “which is lucky because they eat lots of ants and termites so they are always listening for their next meal.” 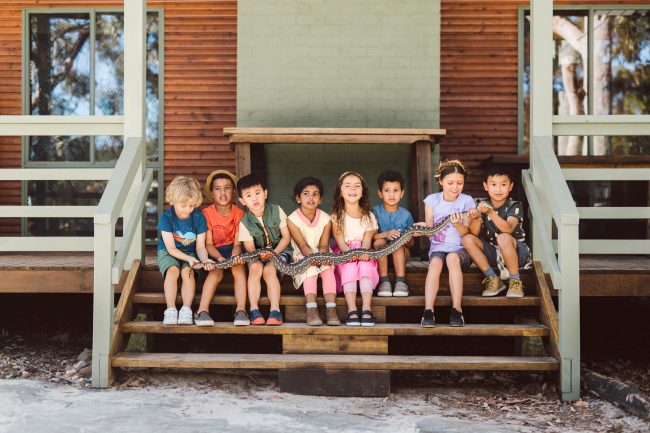 Other kids are much more cautious. When she sees that 7-year-old Joel is reluctant to pose with a (pretty chill) python, Karen sits next to him and holds up a finger. “Take a look at your fingernails,” she tells him, “and then look over here at Yamba’ scales. Snake scales are made of the same material as your fingernails! Isn’t that cool? You wanna touch her?” Joel nods and slides first the tip of his finger, and soon his entire palm, up and down Yamba’s scales. “It’s like petting one thousand fingernails, isn’t it!” Karen says. And now all the kids are eager to try and soon even the most timid is giggling in delight with a snake on her lap, yelling to her mother, “The snake tickled my bottom!!” Armed with new insight about their surroundings and adorned with adorned with fresh rope bracelets and necklaces they made themselves from the stringy bark, it seems there is no trail to long to trek or rock too high to climb, as long Ranger Karen leads the way.

Karen again dives into explaining how the aboriginal people used to live on these lands. From natural medicine to the tradition of body painting, which carries a deep spiritual significance for the Australian Indigenous People, the children are captivated. The young explorers have no problem shoving peppermint leaves up their noses (Karen says it helps clear up stuffy noses), painting each other’s faces (Karen creates the paint by mixing the dust of a red ochre rock with water from her canteen) and listening attentively to Karen’s lesson about sustainability: “Take only what you need from the earth, nothing more. If you need to feed you, your mum and your brother, do you take all the fish in the sea? No, you just take three because that’s all you need. That’s sustainability.” 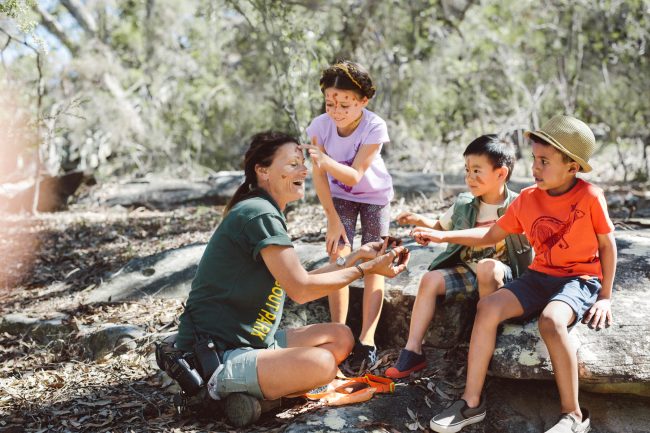 At the end of the day, everyone is full of tales of their newfound skills—of finding a bottlebrush that looked like an echidna, of making paint from red ochre rocks, of being brave enough to hold a snake. “I’ve learned so much!” says 7-year-old Rosie. “I want to do it again tomorrow!”