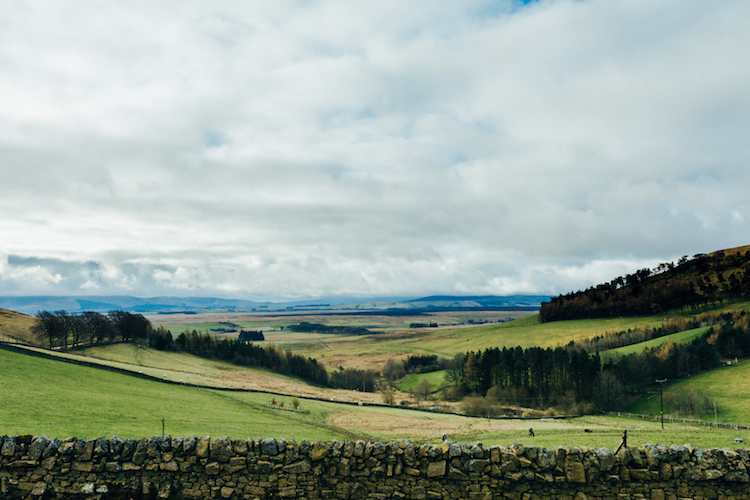 Ten miles from the gray stone streets of Edinburgh, the wind rushes over rolling green hills, carrying with it the songs of birds and new lambs.

This hill sheep farm might be a tourist’s dream straight from the pages of every Scottish guidebook, complete with picturesque stone cottages you can rent year-round.

But it’s also a working sheep farm that has been a part of the Cowan family for four generations.

Alistair (Ali) Cowan takes a rare break from work to lean against a lichen-covered stone wall and talk about the 1,750 Scottish Blackface sheep who live at Eastside. 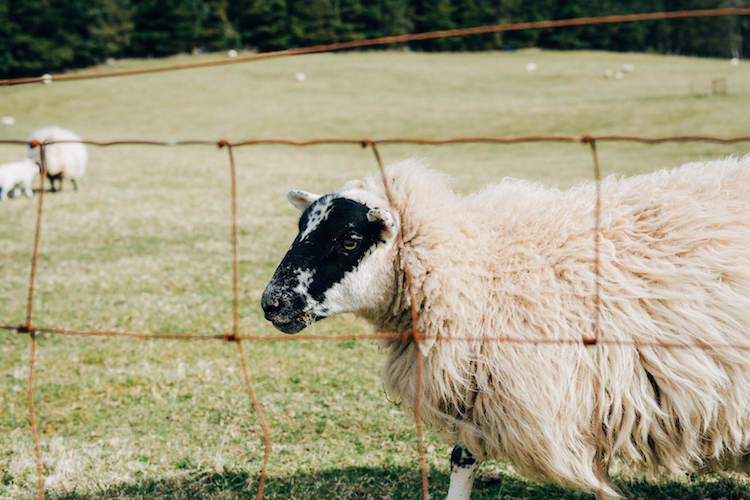 “It’s always been a sheep farm here. We sell the wool and the meat, and the sheep as well.” Ali goes on to explain that since the hills surrounding the farm are so steep and numerous, elderly sheep (those older than 5 years) have a hard time climbing the slopes to graze. So when they become ewes (female sheep) of a certain age, they are sold to other sheep farms that are home to more level pastures.

Ali is interrupted by a persistent bleating sound from the nearby horse stable, where two week-old lambs are hungry for their mid-morning bottles. 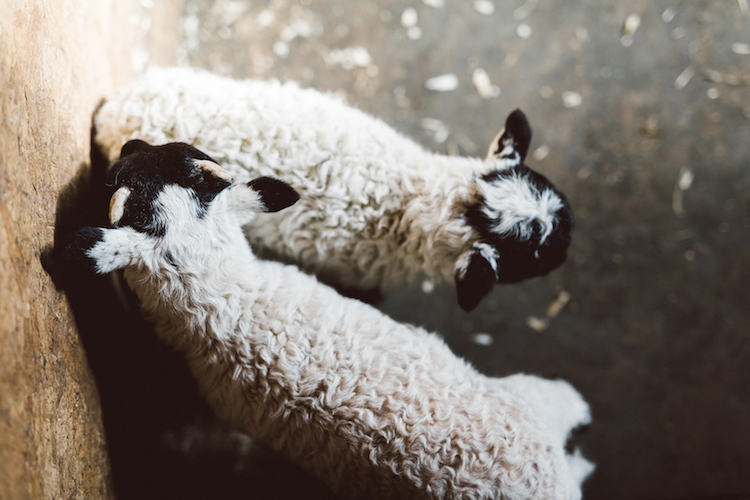 “This is wee Annie and amorous Alfie,” he says, pointing first at the smallest of the two and then at the lamb who already sprouts small nubs of horns that will grow to impressively curled specimens on either side of his face when he matures.

“Alfie’s mum had twins but only had milk enough for one, and Annie’s mother didn’t take care of her. She was poorly,” he says as the lambs finish their milk and curl up on top of a hay bale with plump, happy bellies.

Talk turns to the kennel of sheepdogs nearby, and Ali agrees to a quick demonstration of the border collies’ skills, pulling on a sturdy pair of mud-splattered rubber boots.

At Eastside they always work two dogs at a time. The collies start training as pups, “But you don’t let them at sheep until they can run faster than the sheep, for their own confidence,” Ali says, explaining that if a young sheepdog is outrun by a sheep, it will always assume that the sheep are faster and will never be able to properly do its job. 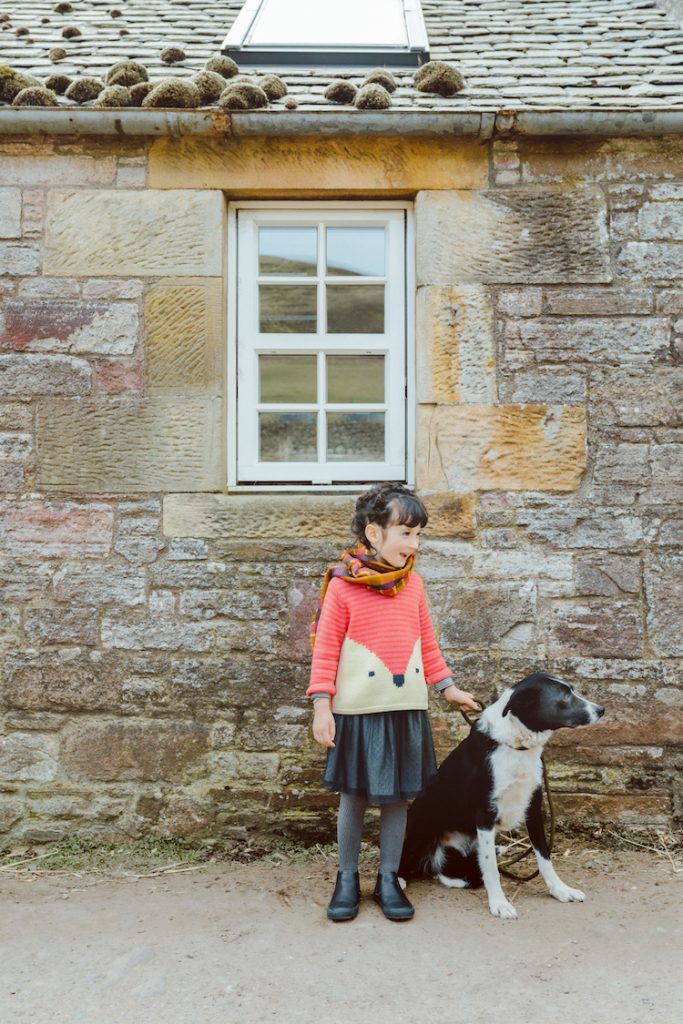 Ali climbs onto a battered four-wheeler (“the bike,” he calls it) and two of the dogs, Jill and Swift, hop right up behind him. They barely have their paws under them before he twists the throttle and jounces off toward the south pasture, his white hair streaming in the wind and the dogs swaying behind him as if they’ve done this a thousand times before.

The three are an impressive team in the field, sending the herd running left (when Ali yells, “Come by!”) and right (when he hollers “Come away to me!) and straight at the camera.

“That’ll do Swift, that’ll do!” Ali says, and first Swift, then Jill lie down on the hillside, tongues lolling from their mouths and sharp eyes never leaving the baa-ing herd of ewes.

It’s a novelty for visitors, but all in a day’s work for the residents of Eastside farm. As farmer and dogs disappear back up the dirt track that leads home, you can’t help but think that they must know exactly how lucky they are.

Making a trip to Scotland? Consider staying at the Eastside Farm!