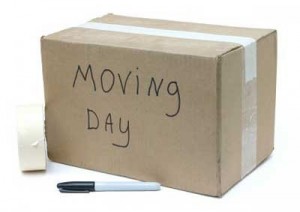 Moving creates stress. Moving fosters arguments and moving SURE adds an extra level of uncertainty to your relationships.

Moving can even breed bitterness and contempt as one starts the process of packing. How could something that people do every day, cause such anxiety? How could the things that are contained inside of four walls create such havoc?

It’s because we as humans – and even more so as mothers – attach our memories to things. We cling to physical objects in the hopes that maybe we can allow our little ones’ childhoods to linger a bit more. We desperately want to never forget the small moments that helped to form who our children are becoming.

What about looking at it from the opposite side of things? What about finding the positives of purging, cleaning out and making do with less. What if we all took a more creative approach to protecting memories, instead of holding on to the clutter?

When we started purging the house for our upcoming move to India, I got incredibly overwhelmed. How could I possibly take a home, that we had all lived, loved and played in for so long … and simply label everything either “ship” – “store” or “send away to Salvation Army”

We had alot of stuff. Sure, some of it was memories and some of it was necessities, but most of it … well, most of it just collected dust, interrupted our daily routine and caused more worry than any of it is really worth.

I decided to start with the kids’ bedrooms, followed by their toy room. As I spent several days sorting and creating various piles, I found that the “memory” pile was growing larger and larger. Toys that we had spent hours playing with, or artwork that the kiddos had labored over. Board games that we enjoyed together as a family, collections of matchbox cars and legos. Dressup clothes that no longer fit or were tattered and ripped.

All of those things somehow ended up in the “keep forever” pile. It wasn’t because they were worth anything monetarily. It sure wasn’t because I would ever mend the dressup clothes for continued play and most of those toys they had long outgrown and forgotten about.

That pile of things ‘to keep’ simply had memories attached to them.

In the several weeks that have gone by since I started sorting and purging, I have begun to let go of the attachment to these things, and have begun to journal my memories instead. I’ve replaced the physical ‘holding on’ mentality with a written form of keepsakes. I am choosing to do away with the stuff, and instead keep a longer lasting recollection of the emotions and moments that go along with the stuff.

By writing about those experiences (the puppet shows, the 100s of dressup escapades, the family board game nights, and arts & crafts time) and capturing what they meant to me, I am creating a much more important treasure box, so to speak, than if I chose to keep the items that were attached to those memories.

What creative ways can you keep memories alive, without keeping the stuff? How can you preserve your children’s childhood and keep it alive in your minds, without cluttering your living space?