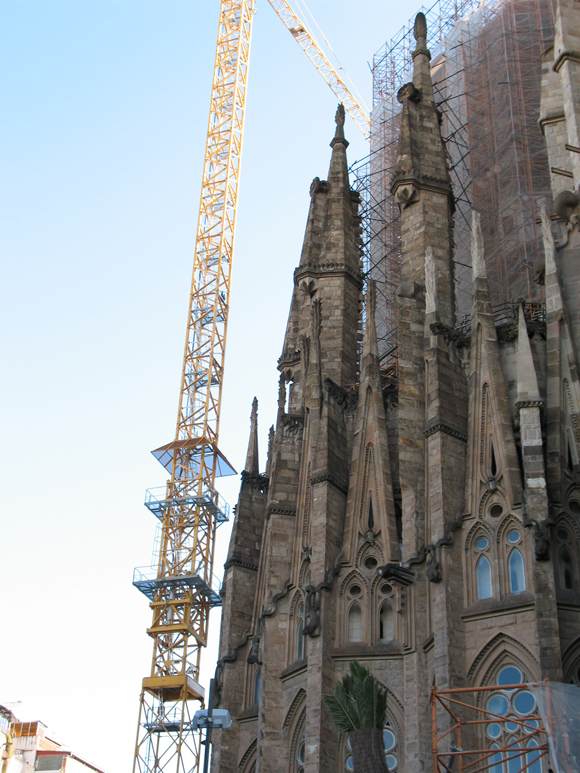 Sagrada Família is a Roman Catholic church being built in Barcelona, Spain.  It was designed by famous Catalan Architect Antoni Gaudí.  It is a UNESCO world heritage site and when it’s finished being built it will be the tallest church in the world.

Sagrada Família has been under construction for over 120 years; many people from Catalonia don’t believe it will ever be finished.  It made me curious if it was the world’s longest construction project.  I did some research and  Sagrada Família didn’t make the list – probably because it’s not actually finished yet.  If it’s completed by its expected date of 2026, it would have taken 144 years to complete putting it in 7th place.  Originally it was expected to take much longer, up to 400 years, but with the advances in technology have greatly improved the construction process.

It always amazes me that they could build all these beautiful ridiculous buildings without our modern technology.

8. The Great Pyrimid of Giza in Giza Necropolis, Egypt (20 years)