How to Draw a Dragon

Over our travels, we have been inspired by dragon folklore and symbolism that is revered in many Asian cultures. Though their physical appearance may differ from country to country, the dragons legend is consistent throughout. They are the symbol of power, strength and good luck. Chinese dragons are also closely associated with water. They are said to reside in rivers, lakes and oceans. Ancient Korean folklore suggests that dragons are capable of speaking and understanding emotions such as kindness, devotion and gratitude. Japanese dragons are much like Chinese in appearance and are connected to Buddhism and thought to live in the ponds and lakes near temples.

During the celebrations for the Chinese New Year, which begins on February 19th, 2015, you will see many dragons, especially in parades where people dance with large dragon figures. Here is a craft activity to recreate a dragon, like the one shown in our Daring Dragon Double Decker Tee, that you can share with little citizens to help them explore the ancient Asian mythology.

What You’ll Need to Draw a Dragon:
-1 sheet of white paper
-colored pencils or crayons

Step One: Start in the upper left hand corner of your paper and draw an s-shaped line with two humps, ending uphill. For the head, make a sideways square with only three sides.  Draw a line to mirror your first line, keeping the same width. 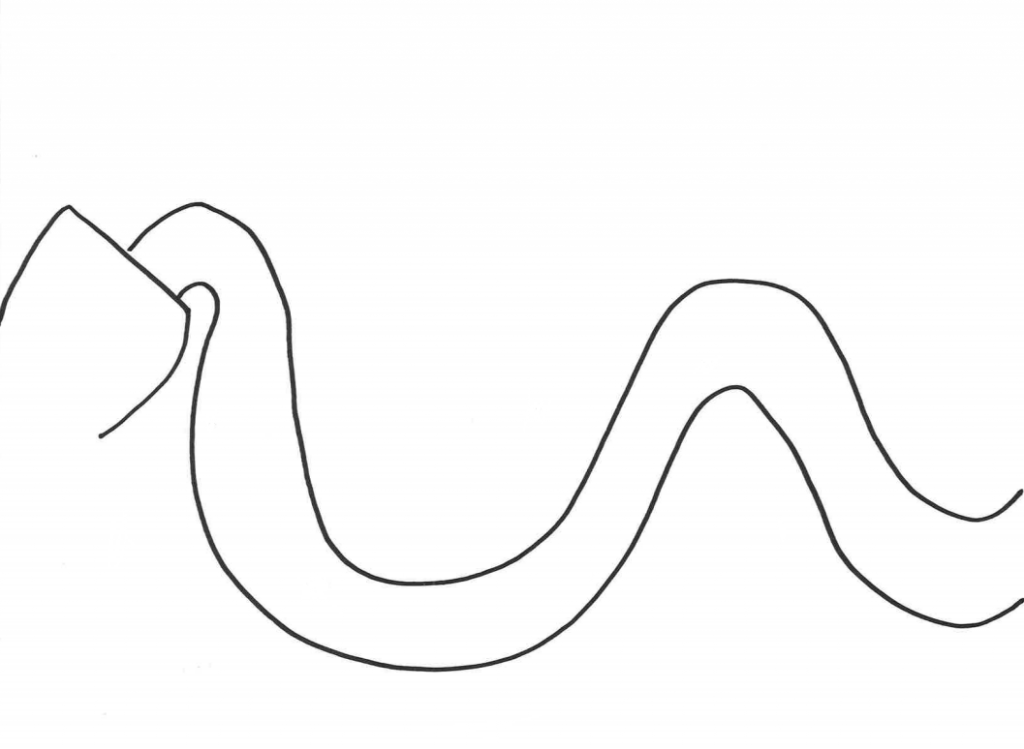 Step Two:  Start with the mouth, leaving it open in the middle. Add leaf-shaped ears that point up towards the body. For the eye, draw a line, with a semi-circle facing the line. Add a mustache on either side of the face. Next, draw the arms and legs, making the arms curve up and the legs, down, erasing where you need to. Add claw-like hands and feet with three toes, just like the dragon in our graphic. 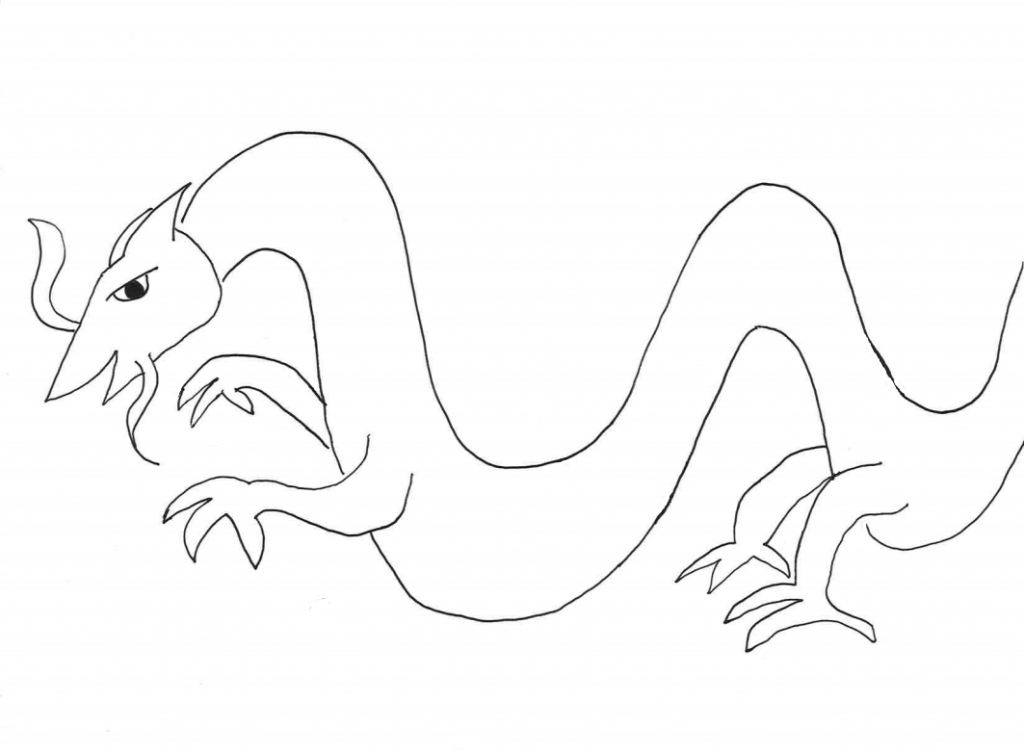 Step Three: Now, you can add detail. Begin by adding spikes all along the curves of the dragons body and the tail. You can also add claws onto the hands and feet. For the head, add spikes framing the face and a beard. Next, add teeth and if you want a snake-like tongue. 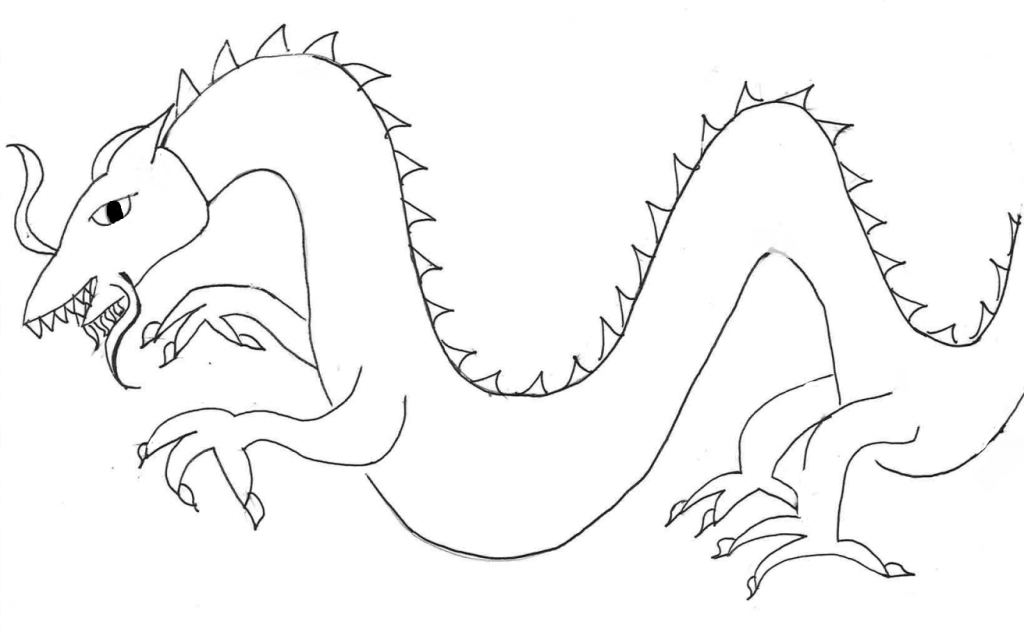 Step Four: You can continue to add as much detail as you like. We recommend adding scales all over the body and some color! 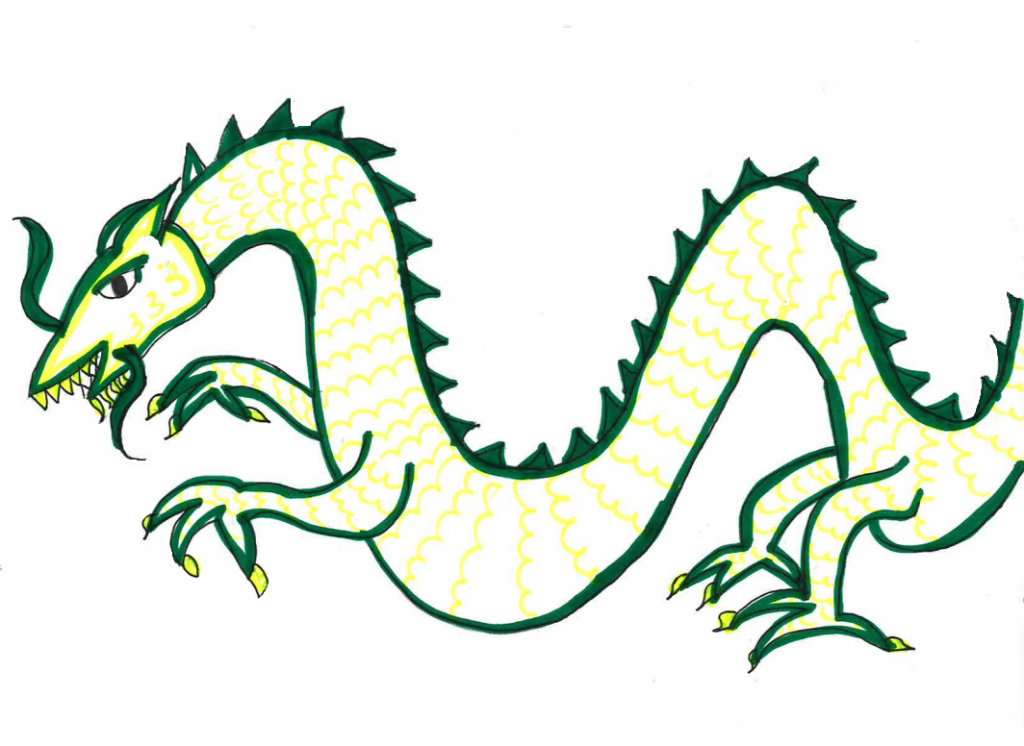