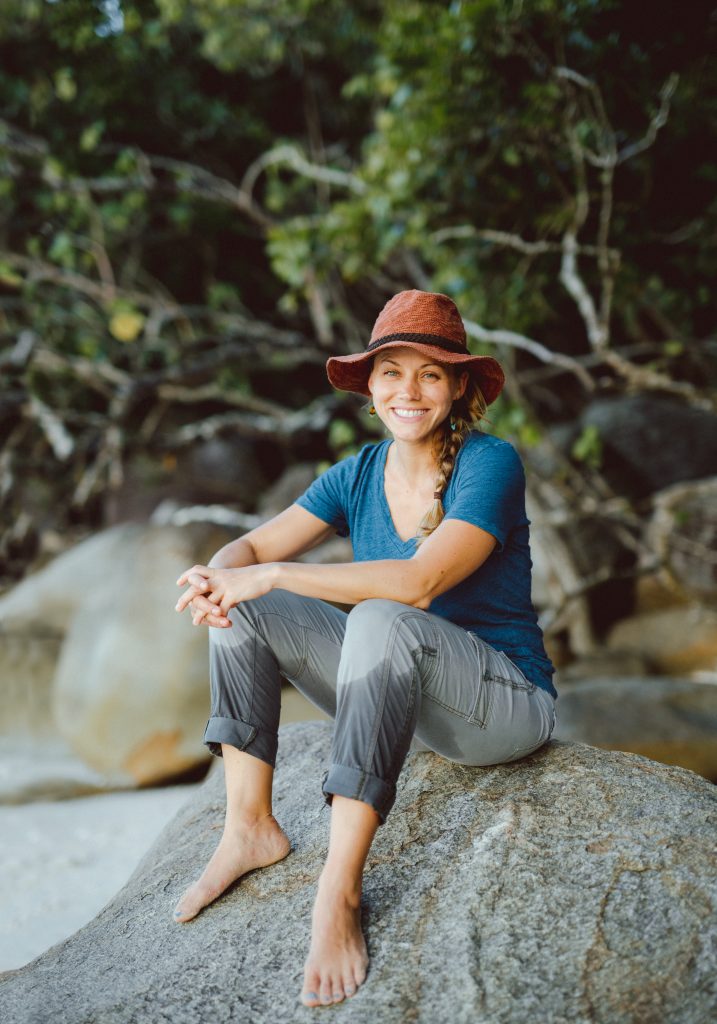 “Curiosity and connection are a big part of conservation. Pick a shark in an ocean and see if you can figure out how that shark is connected to you.” -Jess Cramp Marine Conservationist, National Geographic Explorer and Shark Guardian. 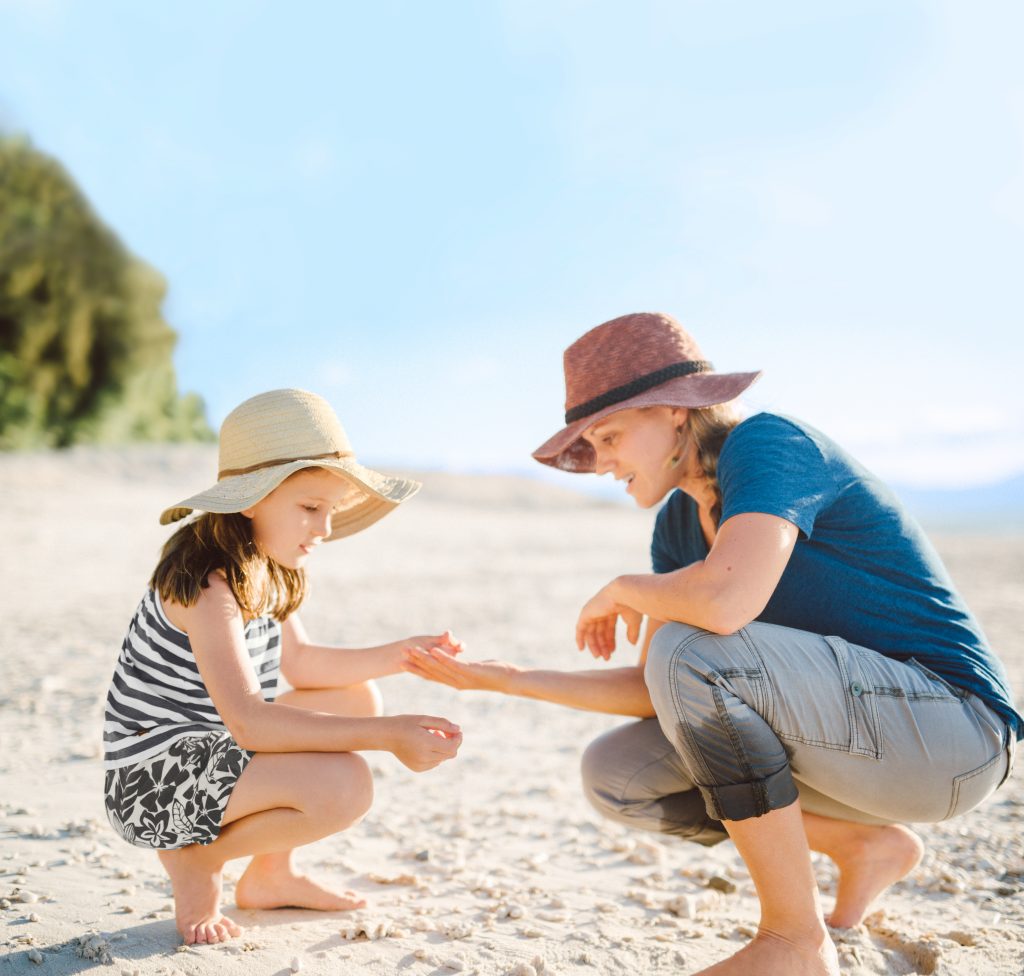 Even as a little girl in landlocked Pennsylvania, Jess Cramp knew she had saltwater running in her veins.

“I remember my dad got a Time Life® series about marine biologist Jacques Cousteau for me and my brother. I loved it. I desperately wanted to be an explorer.”

Now a scientist, surfer, diver, pilot, writer, conservationist and National Geographic Explorer, Jess is one of those magical people who had a dream and made it come true.

She lives on the island of Rarotonga, which is the most populated island of South Pacific nation of the Cook Islands. In 2011, Jess co-championed the Cook Islands Shark Sanctuary.  Today, she wants to make sure that sanctuary is working and that people know about it. Jess studies shark movement patterns and the laws that protect them. Through her non-profit organization, Sharks Pacific, she hopes to better understand sharks in Pacific communities and to educate and advocate for the protection of sharks and the related marine environment.

In the last hour, 11,000 sharks have been killed—and that’s a conservative estimate. Jess’s organization combines research, advocacy work, education and outreach to tell the story of sharks.

“Sharks need protection, but it’s hard to convey to someone, ‘Oh, you should save the boogie man!’ When I talk to kids, I tell them that sharks are like the lions in The Lion King. They are one of the top predators—and a healthy ecosystem underwater has a lot of sharks. But because of the way we fish, sharks are disappearing,” Jess says.

Sharks aren’t just hunted for their fins—in some cultures, their meat is also consumed, often without people even realizing that the “fish” in their fish & chips dinner is actually shark.

“We can do our part to stop shark fishing by asking questions about where our seafood comes from. Upwards of 50% of food is mislabeled. We can demand proper labeling,” Jess explains. “Even kids can do this—they can ask their parents where the seafood on the dinner table comes from. Get curious. Ask lots of questions.”

The importance of sharks all comes down to the ecosystem, Jess explains. And that matters to everyone, even if the ocean feels like it’s a million miles away from where you live.

“Pick a shark in an ocean and see if you can figure out how that shark is connected to you. Think about the waterways near you—eventually they will flow to the sea. So don’t throw rubbish on the ground because it will get washed into the waterways and from there can flow into the ocean,” Jess says.

“Talk to your friends and your family about sharks. As a scientist, I explore ideas and problems and the underwater world. As a kid, you can start exploring by asking questions. So ask ‘Why?’—a lot!”

Head on over to Sharks Pacific to learn more about Jess and how you can do your part to help sharks around the world. And follow along on Jess’s adventures on Instagram.