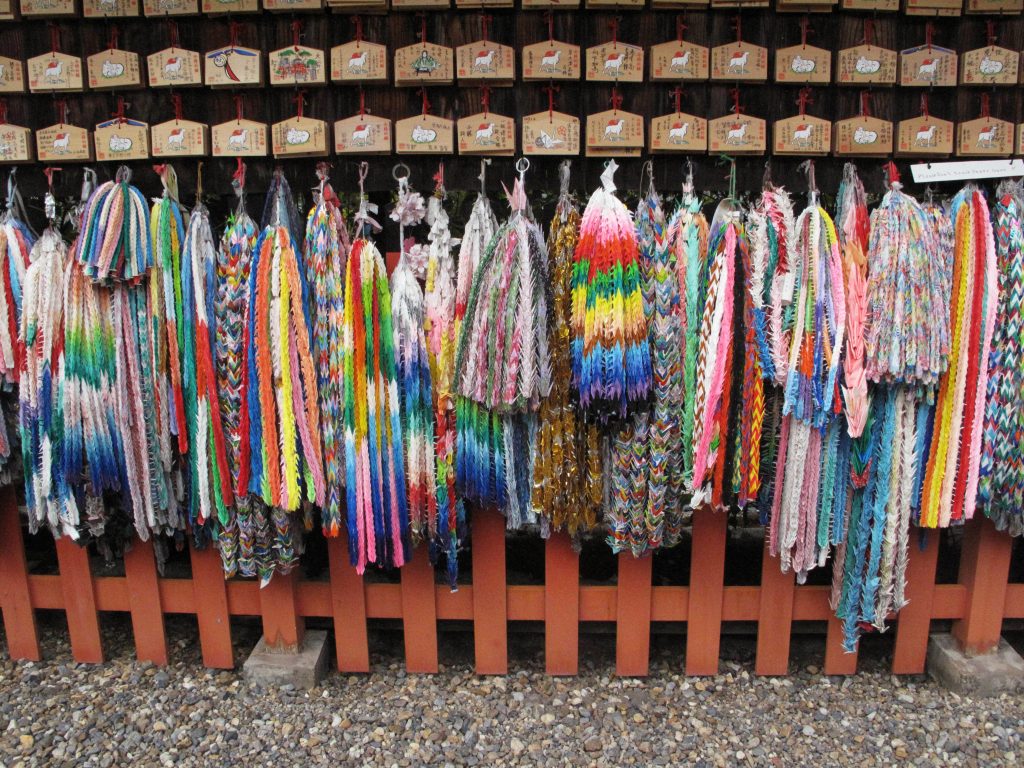 The crane is one of the most iconic origami shapes there is. Easily recognizable and found throughout Japan in and around the many shrines, the origami crane, or orizuru, is a representation of the Japanese red-crowned crane, a bird that has special significance in Japan. Cranes are thought to bring good luck and longevity as it is said they can live for 1,000 years. An ancient Japanese legend says that anyone who folds 1,000 origami cranes will be granted one wish by the gods. In Japan, we saw many strings of origami cranes, all folded with such precision and always near a shrine.  The many colors and precise shapes left us in awe. While we would never consider ourselves to be “pros” at any craft, we’ve definitely managed to be quite quick at making these origami cranes. From launch parties and pop-up shop photo backdrops, to in-store installations, we’ve made hundreds of cranes over the past few months. If you’ve ordered from TeaCollection.com during our fall season, you’ve probably received your very own set of 8 origami papers with instructions on how to make an adorable origami uni (dog). Learn how to make an origami crane on your own! It might take a few tries to get it down, but once you’ve figured out the folds, you’ll quickly become a pro yourself.

Mastering the series of folds involved with making an origami crane is tricky. We’re not going to lie. Some of us prefer the step-by-step instructions, while one Tea employee could only master it once she watched this video, 1 million times. Pick your preference! 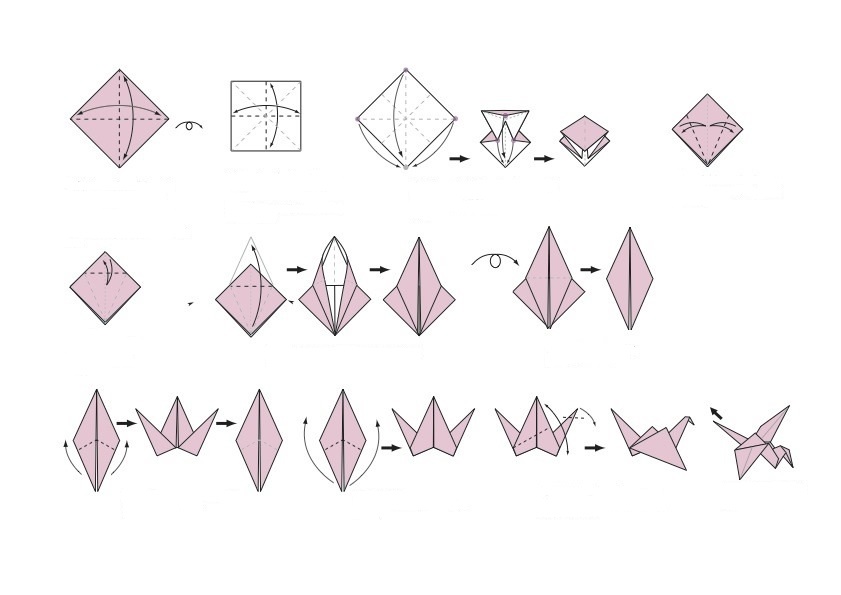 Need a visual? Here’s a video: