The Art of Origami 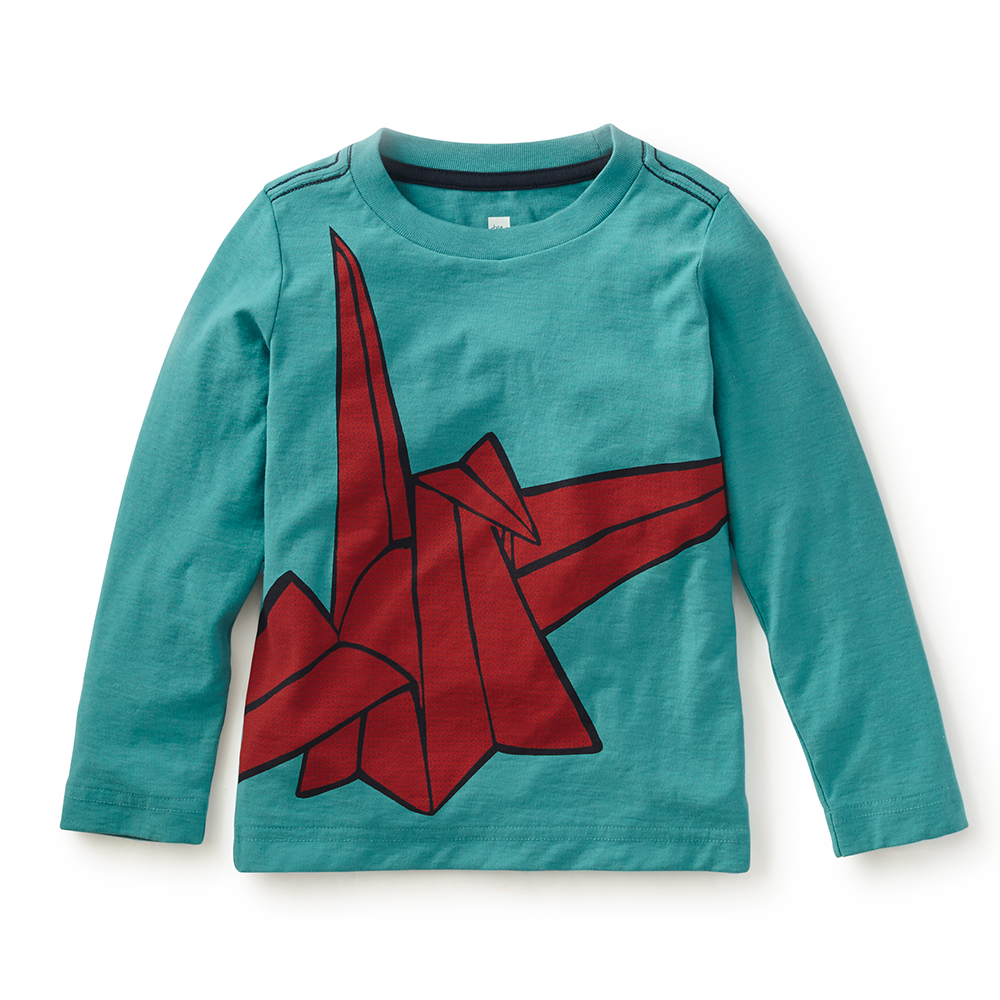 The ancient art form of origami has been handed down from parent (or relative) to child through many generations, all over the world. The word origami comes from the Japanese words “ori” which means “folding” and “kami,” which means “paper.” To make origami, paper is folded in many different ways to form beautiful creations. Origami art is a highly revered art form in Japan. It was once taught in schools, but today, children learn the craft at home.

Origami served as inspiration for our newest collection, particularly on our Boy’s Origami Graphic Tee. The graphic on this tee is of a origami crane. The crane is perhaps the most well-known origami model. It is also the international symbol for peace. While it may look hard, origami just takes some practice! Learn how to make an origami crane and pass the art form down to your little citizen.

Step One: Start with a square piece of paper (this origami paper works well!) colored side up. Fold the top corner of the paper down to the bottom corner. Crease and open again. Then fold the paper in half sideways. 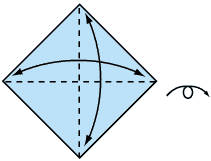 Step Two: Turn the paper over to the white side. Fold the paper in half, crease well and open, and then fold again in the other direction.

Step Three: Using the creases you have made, bring the top three corners down to the bottom corner. Flatten out the paper.

Step Five: Fold the top of the paper downwards, crease well and unfold.

Step Six: Open the uppermost flap of the paper, bringing it upwards and pressing the sides of the paper inwards at the same time. Flatten down, creasing well.

Step Seven: Turn the paper over and repeat steps 4-6 on the other side of the paper. 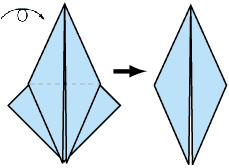 Step Eight: Fold the top flaps into the center. 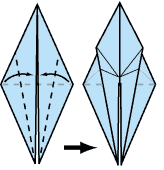 Step Nine: Repeat on the other side, so your model looks like the picture.

Step Ten: Fold both “legs” of the crane up, crease very well and then unfold.

Step Eleven: Fold the legs up underneath the “body”, a “reverse fold”, doing the opposite of step ten.

Step Twelve: Inside “reverse fold” one of the sides to make a head, then fold down the wings.

And there you have your crane!