A Quick Trip Through Istanbul

To help everyone at Tea “go there,” we make a yearly contribution to each employee for international travel and exploration. Upon their return, our Tea travelers write a blog post to share their adventures with all of us (and the world). Take it away Abigail! 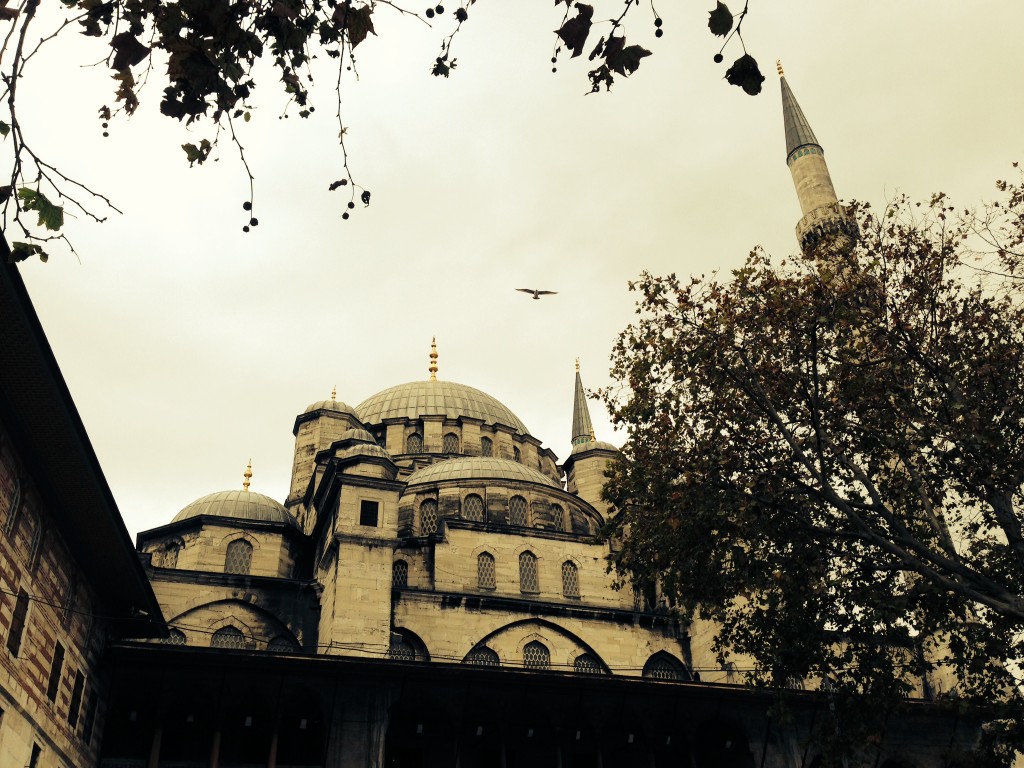 For our honeymoon my husband and I decided to explore Prague, Budapest & Istanbul. In our limited time there, we only peeled back the uppermost layers of each city. This was especially true the center of the old Ottoman Empire: Istanbul – a city of 14.1 million people and the largest urban metropolis in Europe, the sixth largest city in the world. It straddles the Bosphorus strait between the Sea of Marmara and the Black Sea in northwestern Turkey (thank you, Wikipedia). 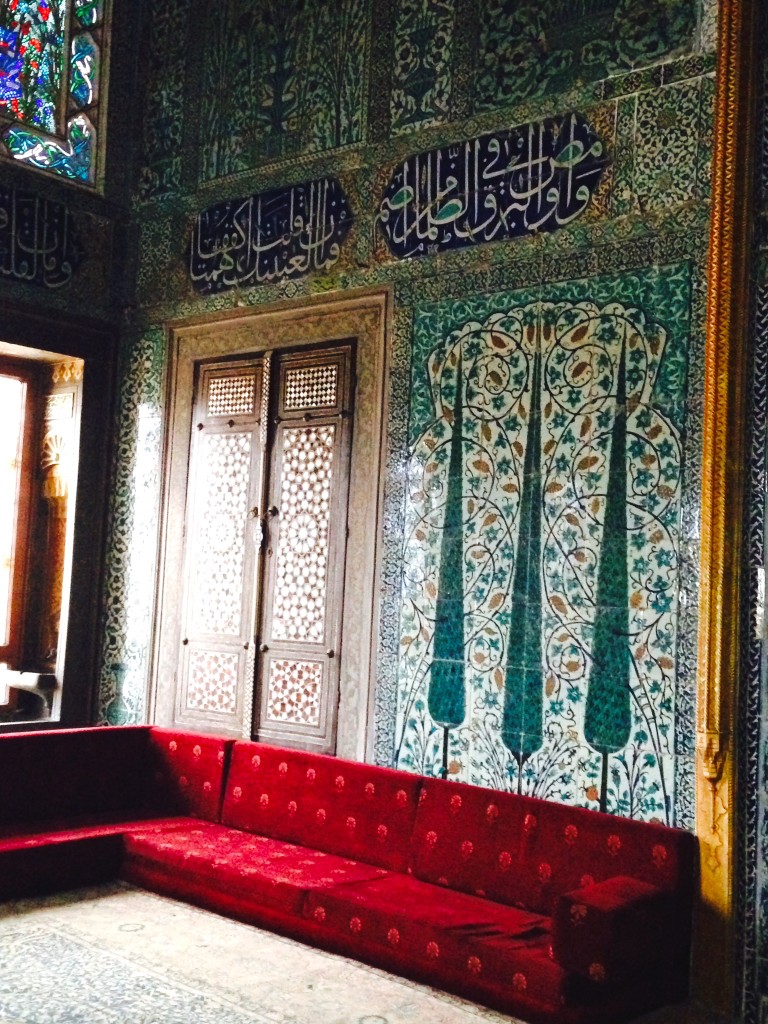 Our hotel was situated in the shadows of Istanbul’s most elaborate and deservedly famous sights. The unmistakable minarets of the Blue Mosque (Sultan Ahmed Mosque), the walls of the Topkapi Palace, the golden exterior of the dome at Ayasofya were in clear view, not to mention countless other mosques and monuments. The Blue Mosque is the most famous of Istanbul’s mosques and without question one of its most breathtaking. The mosque is appropriately named for the thousands of intricate blue tiles and mosaics that line the interior. A short distance away lays Ayasofya (Greek for Holy Wisdom), once a Greek Orthodox Church that was converted to a mosque by Sultan Mehmed II before becoming a museum in 1935. All over Ayasofya (and most of the monuments in Istanbul) are the calligraphic scriptures and geometric shapes that are so commonly found in Islamic influenced arts. The architecture and size of these two buildings facing off with one another is enough to leave even the most seasoned travelers awestruck. 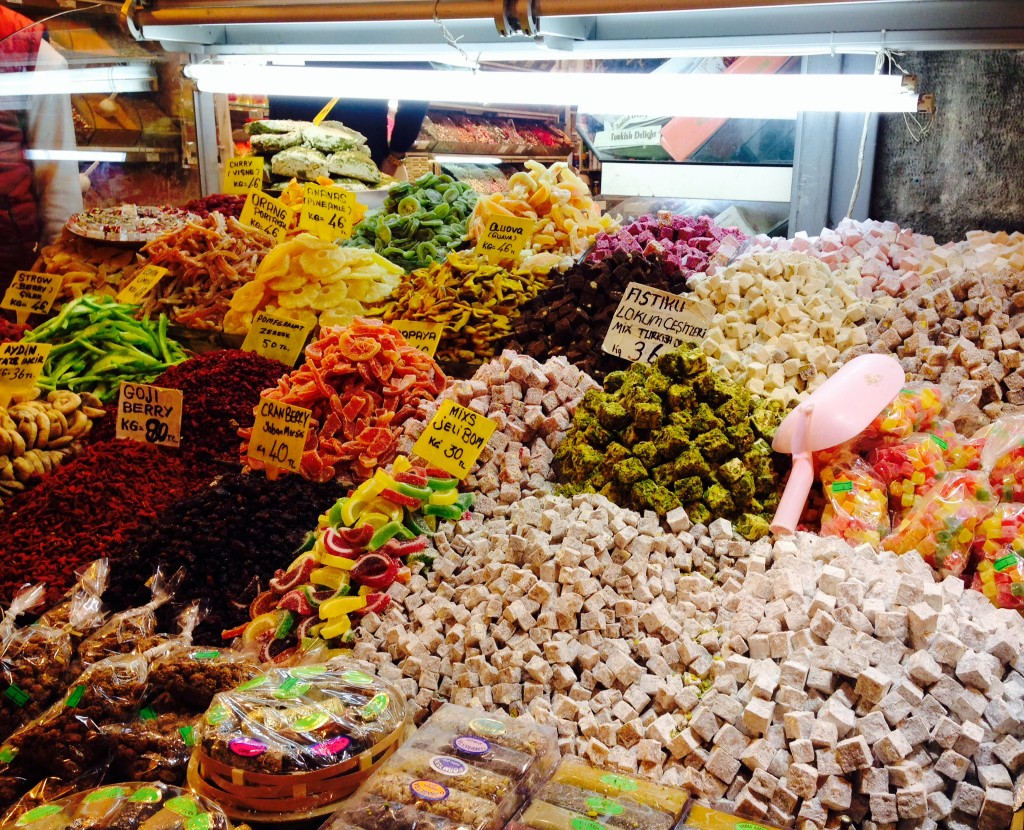 Another must-see on our list was the Misir Carsisi (the Spice Bazaar) which has about 85 vendors selling spices, teas, herbal medicines and Turkish delight. Even on a gray and rainy day, the colors as you walk through are vibrant and rich. Seeing the pyramids of spices surrounded by the different teas and Turkish Delight (the ubiquitous Turkish confectionary) is saturates your senses. Not only is there a feast for your eyes but the smells from the spices, sweets, and crush of people is powerful. The Spice Bazaar made even the fancy grocery stores’ spice sections look bland. 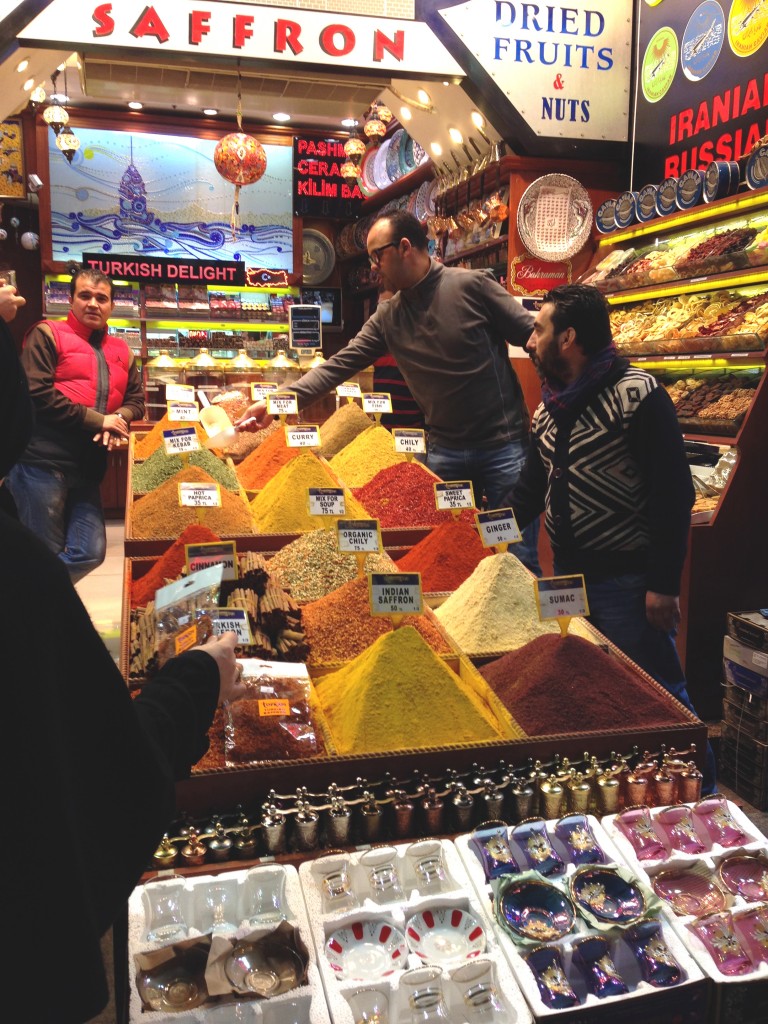 Having access to all the amazing fresh spices was something you definitely tasted in the food. One of our favorites was lahmacun. It is considered a Turkish fast food or at least that is how we have heard it described. It is kind of like a pizza, it is a round flatten dough with a minced meat (usually lamb) spiced topping. You then put different types of fresh herbs on it and top it with a squeeze lemon. A very cold yogurt drink called, ayran, usually accompanies much of the different dishes. All of it is a must when visiting Turkey! 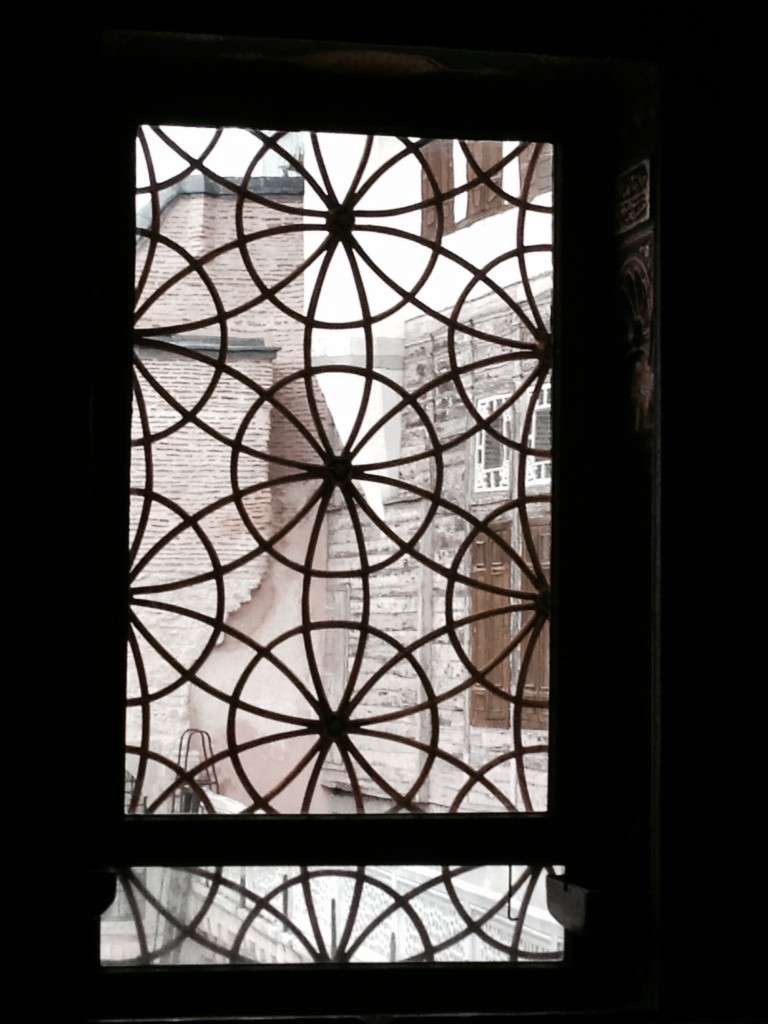 I could keep going on about all the amazing places we saw in Istanbul – like the incredible Basilica Cistern or the vast Topkapi Palace but then it really would only be describing these amazing places at surface level. As everyone always says, “It is best to see it in person.” I am happy my husband and I took a small step towards making the unfamiliar, familiar.