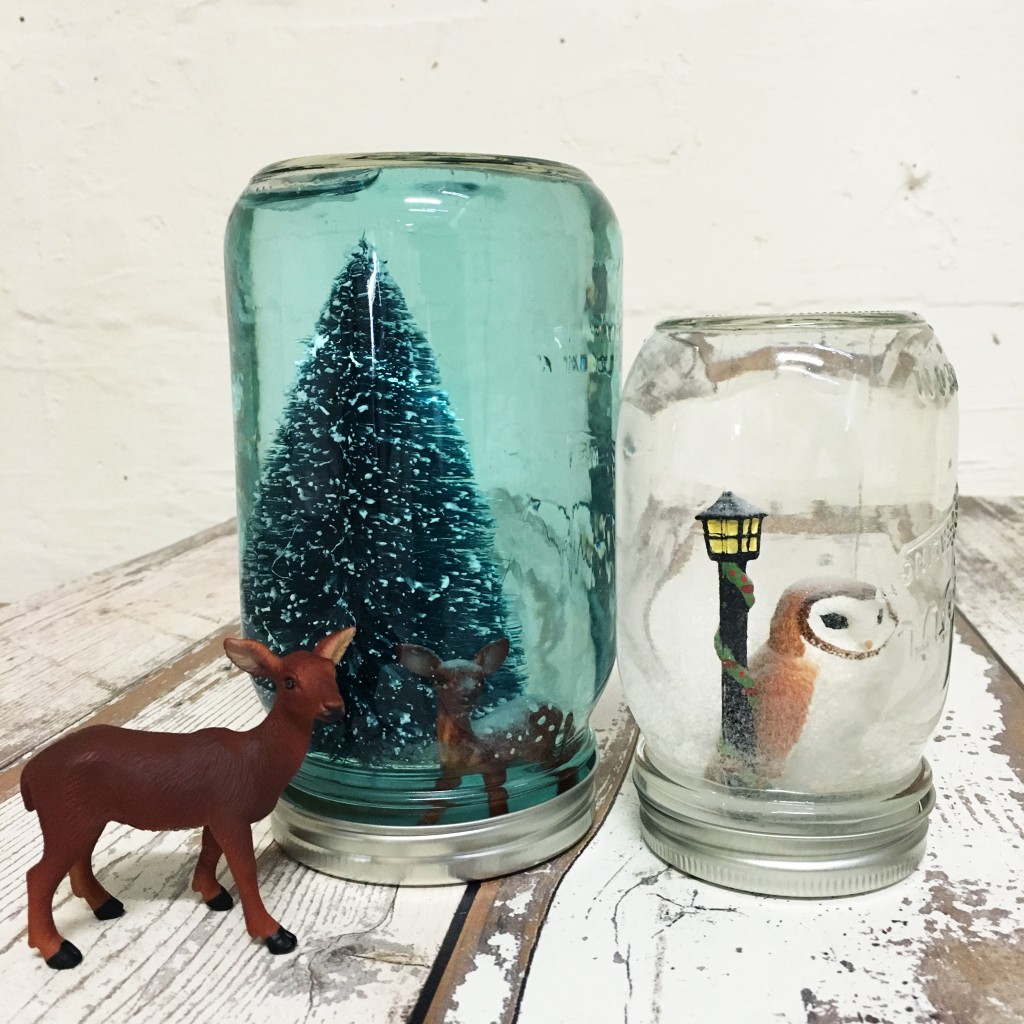 Snow globes date back to the early 19th century in France. In 1889, a snow globe containing a model of the newly built Eiffel Tower was produced to commemorate the International Exposition in Paris. Snow globes became popular in England and in the early 1920s, crossed the Atlantic to the US where they became a popular collectors item.

In the 40s, the snow globes became a way to advertise. In the 50s, the glass objects became available in plastic. Today’s globes can be found with music boxes, internal lights and moving parts. In this DIY, you’ll learn how to assemble a simple mason jar snow globe. 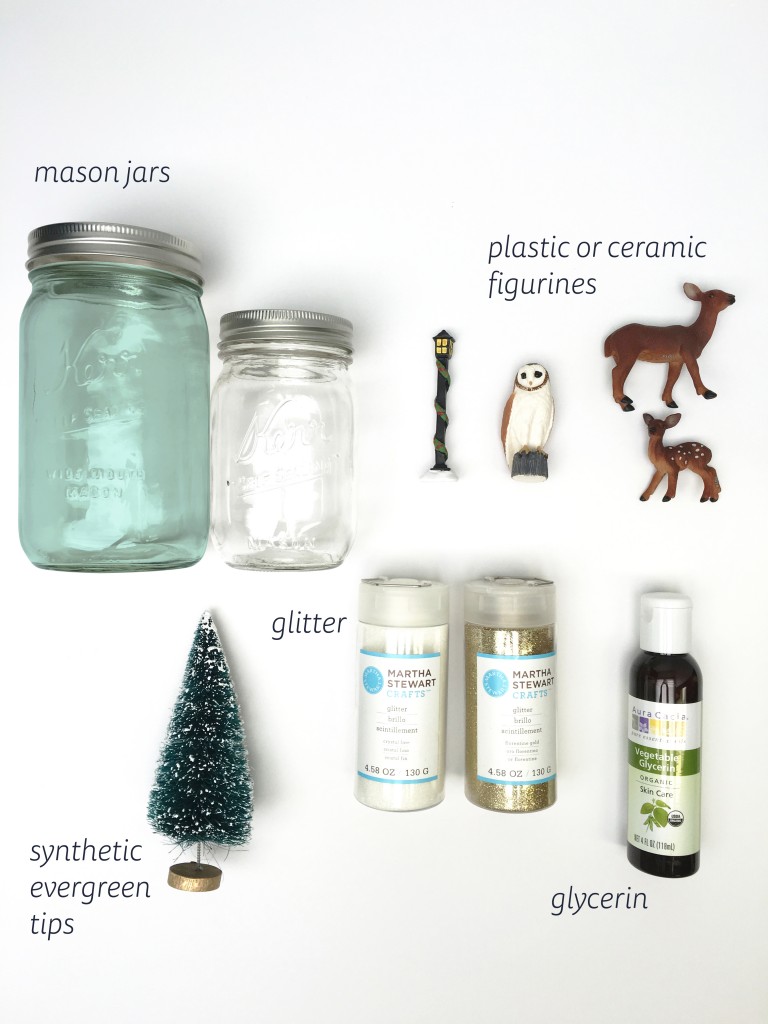 Using a a hot glue gun or super glue – both will need adult supervision – glue your miniature figurines to the underside of the mason jar lid. Make sure your figurines fit inside of the jar (the taller the better) before you glue them down.

Fill your mason jar about 95% full with water. Sprinkle a generous amount of glitter into the jar. Add a few drops of glycerin into the water and stir. Carefully place the lid on the jar and screw tight. Shake and enjoy the snow fall!

1 Min read
Across the Street