Have you heard of the marimba instrument? First developed in southern Mexico and northern Guatemala, marimbas were influenced by an instrument similar to the xylophone called the balafon, which originated in West Africa. 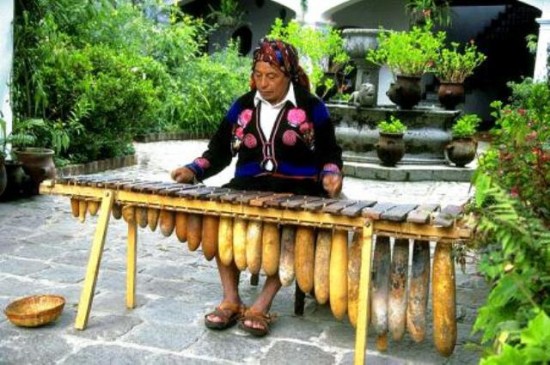 Similar to a xylophone, marimbas have keys that the player hits with mallets. Traditional marimbas have gourds attached underneath as resonators (see above), but more modern versions have carved wooden resonators to better control the pitch. The instrument has a fun beat, and is either played solo or with other instruments. Our designers loved the playful music the marimbas makes, and designed our Marimba Mini Dress with dancing in mind! 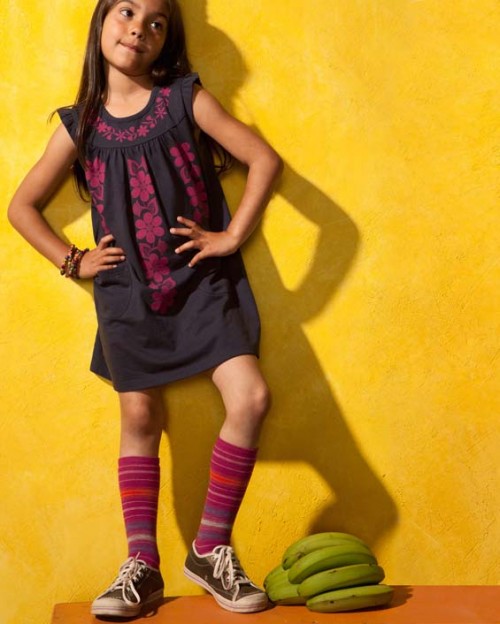 Our Marimba Mini Dress comes in two colors – a light surf turquoise or a dark indigo blue. The flower design down the front was inspired by some of the intricate artistic carvings done along the sides of marimbas.

So what does a marimba sound like? Any ABBA fans out there may recognize marimbas at the beginning of their song Mamma Mia – one of its more famous pop appearances. Traditional marimba musical styles vary on the region and player, but below is a great example of the range of the marimba, and some history about its origins in Mexico and Guatemala: