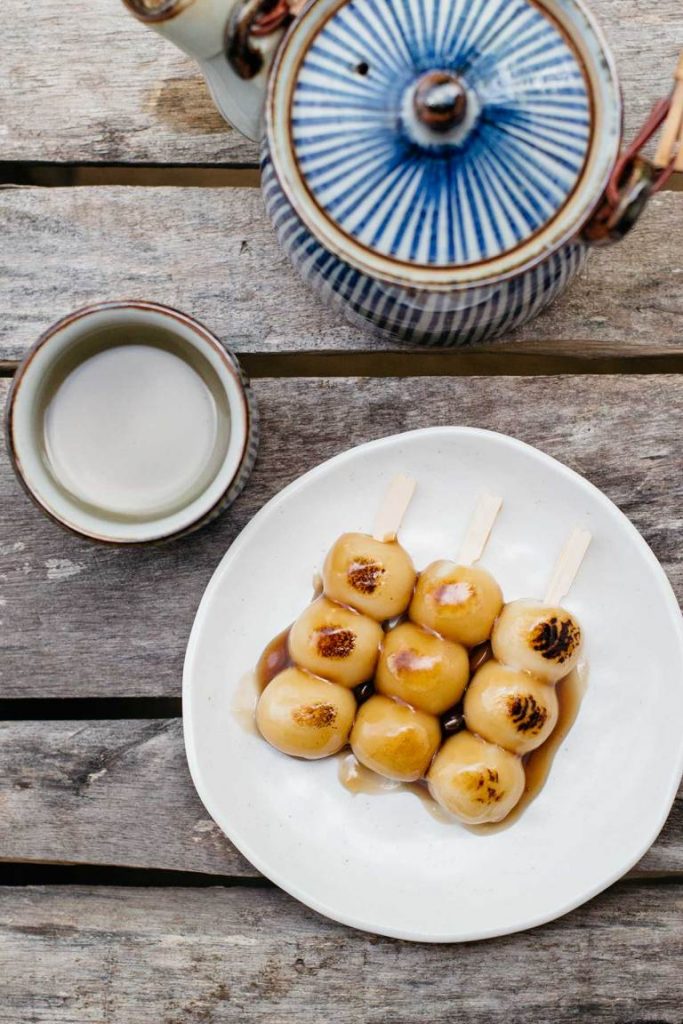 Mitarashi dango is a delicious treat found in street vendors throughout Japan. Dango are balls of rice flour that take on a dumpling-like consistency when cooked. First they’re boiled and then placed on a skewer to be grilled. Once grilled, they’re covered with the sweet mitarashi sauce, which is made up of soy sauce and sugar. So simple, yet so delicious!

Mitarashi dango originates from the Kamo Mitarashi Teahouse in Kyoto. Mitarashi dango is said to be named after the bubbles of mitarashi, purifying water placed at the entrance of a shrine, near the teahouse. The Kamo teahouse used to sell their mitarashi dango treats outside of the shrine. It has since taken off and is sold throughout Japan and in stores. We have to say though, the ones we love, come hot off of the grill! When we got back home, we searched high and low for a recipe to recreate them in our own homes and stumbled on this recipe from the blog, Chopstick Chronicles. Shihoko, originally from Japan who now lives in Austrailia, and her daughter, share traditional Japanese recipes and we were thrilled when they agreed to share their easy mitarashi dango recipe with us. Head over to their blog, Chopstick Chronicles, to get the full recipe for this delicious dessert.