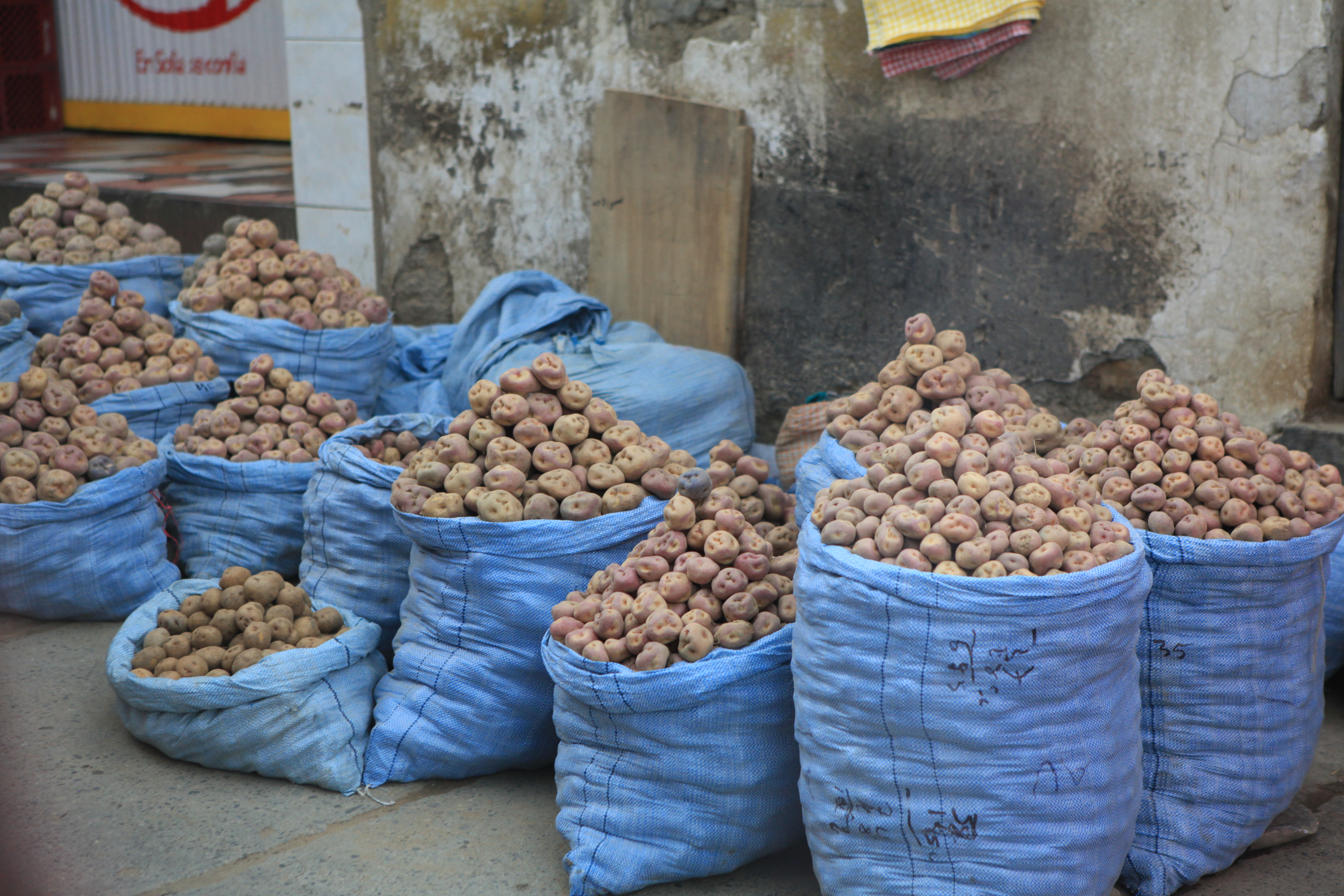 You may have guessed Ireland, but Spanish Conquistadors first discovered the potato in Peru in 1536 (and perhaps as early as 1532).

Did you know there are over 360 different kinds of potatoes that grow in Bolivia? Potatoes have been a staple in Bolivian cuisine for hundreds of years. In La Paz’s Rodriguez Market, we were surprised to find such a rainbow of colors among the various types of potatoes. 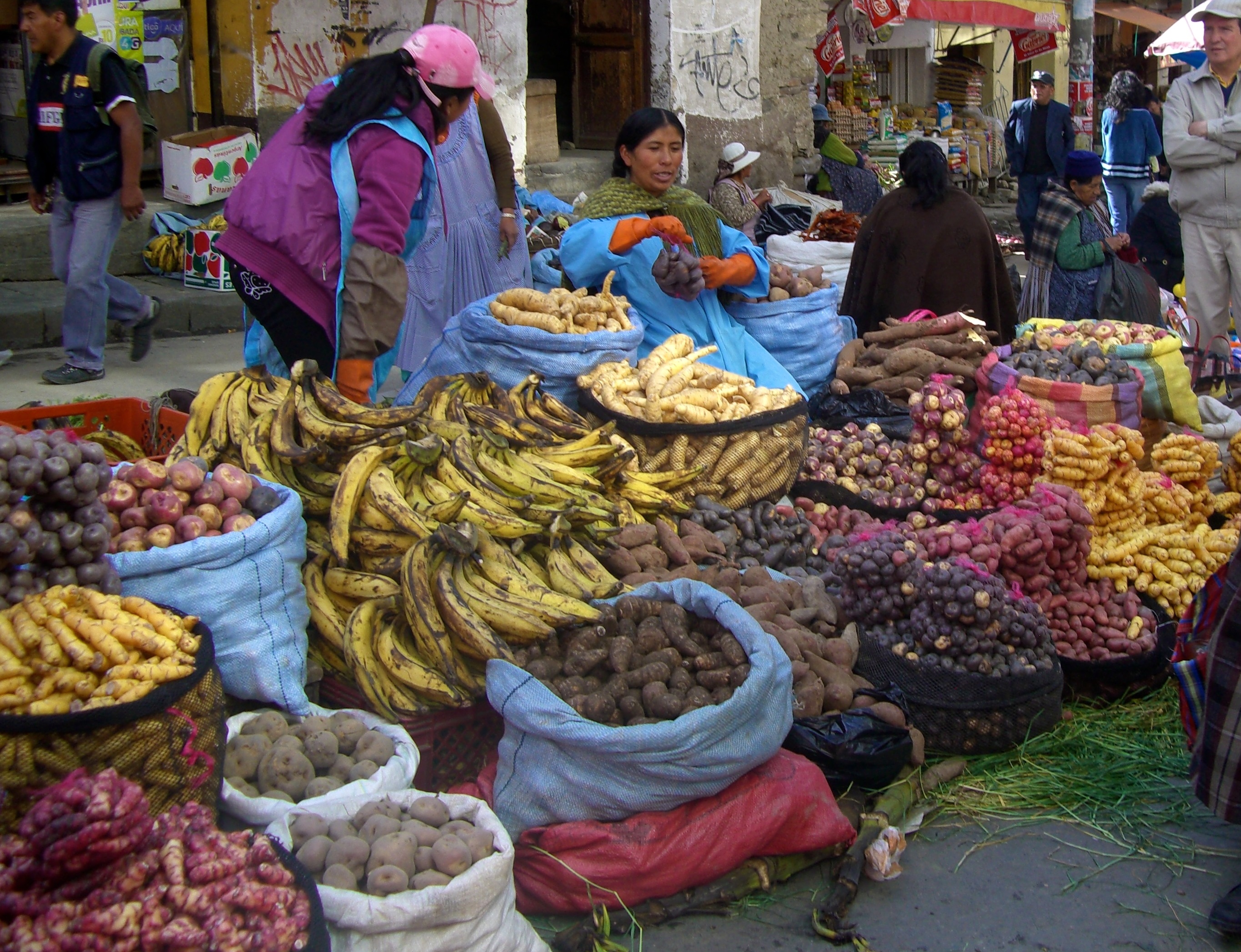 As a nod to the potato history in South America, we thought it would be fun to create our own take on the potato sack for our Las Patatas Graphic Tee. 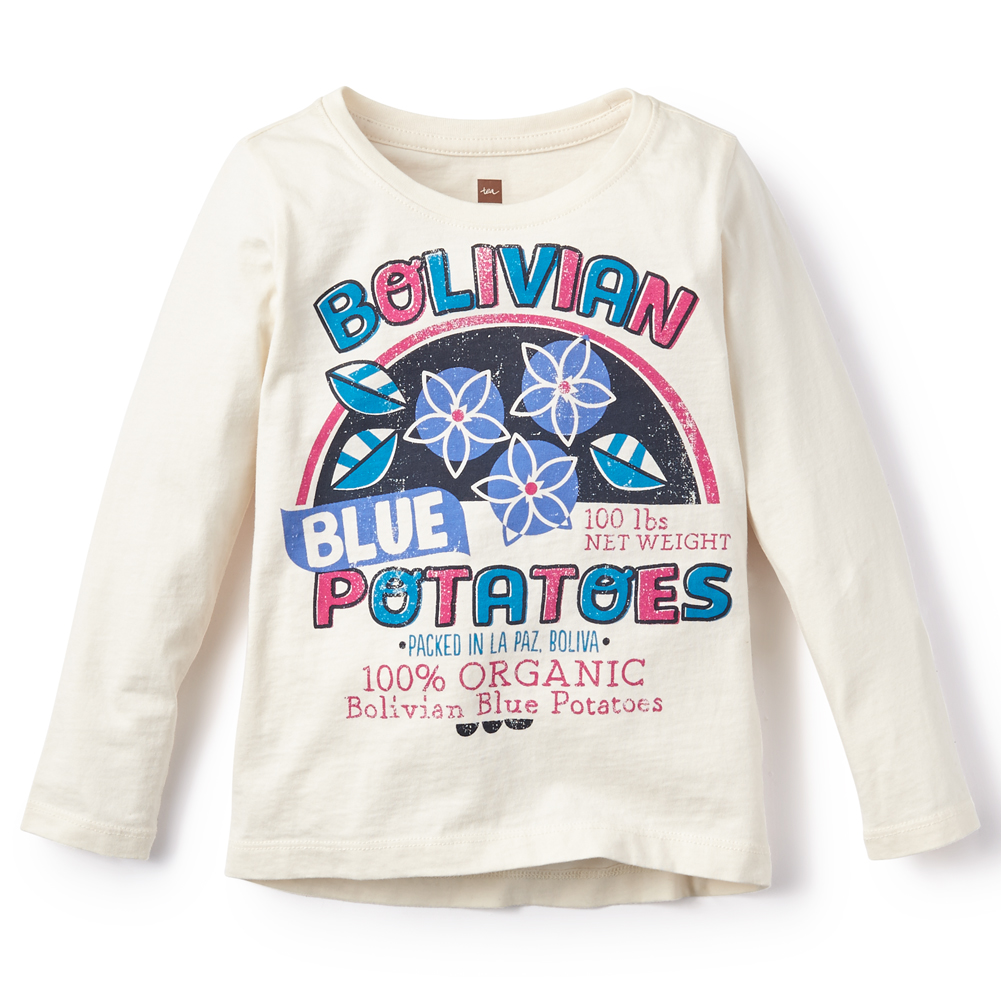 Blue potatoes were some of our favorites as they were used in many of dishes we had in La Paz. In fact, almost every meal we had in Bolivia had some type of potato in it. High up in the Andes Mountains, the chuno potato thrives. After they are harvested, these potatoes are freeze-dried and can last for years, making them a great vegetable to stockpile in case of an emergency. A popular potato dish beloved by many Bolivians is sopa de mani. We think it would make a great fall meal, so we’re sharing the recipe below.